Lily's Kitchen to phase out its exclusive Tesco petfood range 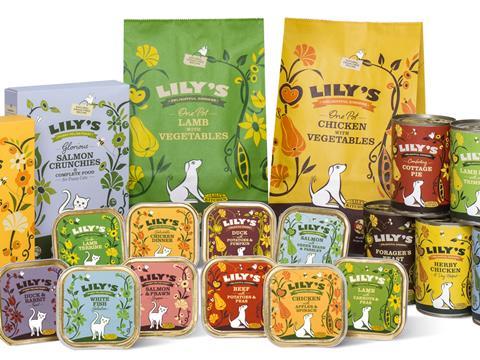 Lily’s Kitchen is axing the petfood range it ­produces exclusively for Tesco.

Lily’s By had been developed for Tesco after the retailer contacted the brand following the screening of a Channel 5 documentary The Truth About Your Dog’s Food, which that featured Lily’s Kitchen as an alternative natural brand. Priced about 10% cheaper than the core products, Lily’s By had a lower meat content and used fewer botanicals.

Lily’s Kitchen founder Henrietta Morrison said customers had been confused by the two ranges and didn’t understand the differences between them, saying they would prefer to buy the parent brand recipes. “W e’ve seen a huge increase in sales and new customers this year, and everyone has benefited from our increased distribution. But what we’ve learned from this experience is that pet lovers want to buy into our core proposition and price points,” she said.

There would be no change to the number of Tesco stores carrying the range, or the number of SKUs carried, said the business, which added there was no connection between the decision to drop Lily’s By and Tesco’s ongoing product range rationalisation.

“This is a decision we made to benefit all pet owners by having one distinct range in a bid to reduce complexity, not as a result of any request from Tesco,” said Morrison. “The commercial team at Tesco remains fully supportive of Lily’s Kitchen, and recognises the value of offering a premium, natural alternative within their petfood category.”