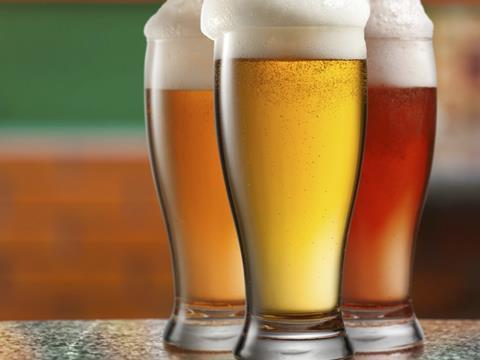 For the first time, supermarkets and off-licenses have sold more beer over a 12-month period than pubs and bars, according to new British Beer & Pub Association figures.

Fourteen years ago, when the BBPA first started splitting on and off-trade sales, pubs and bars were selling 24.28 million barrels, and the off-trade 11.18 million.

“It has been a good quarter,” said BBPA chief executive Brigid Simmonds, adding that two consecutive duty cuts had helped to boost trade.“These figures show in dramatic fashion the continued impact of the Government’s decision to cut beer duty again, to encourage consumers towards our British-made national drink.

“The boost for pubs is especially welcome. Two previous World Cup tournaments were unable to turn around declining sales – these new figures indicate the industry is moving in the right direction. With further cuts in beer duty, we can deliver on investment, growth and jobs.”

Promotions had a big role to play in the boom. In the run-up to the World Cup, deep promotions had pushed the average price of eight of Britain’s 10 biggest beer and cider brands below levels recorded at the start of the 2010 tournament. The steepest decline was on Foster’s lager, which had dropped 16.5% from £1.88 a litre four years ago to £1.57 this year, while Carlsberg and Carling were down by more than 10%.