Is seminal Leifert report proof at last that organic produce is better for you? 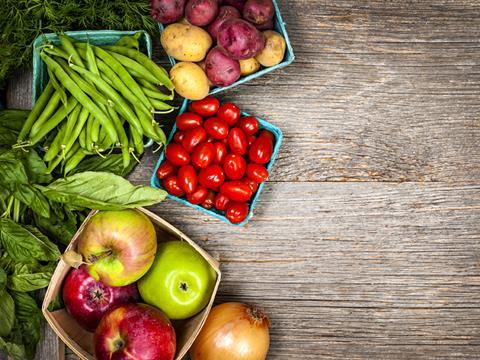 It’s official: organic crops and crop-based foods are better for you than conventionally grown crops. At least that’s what a new study published last week by an international team of experts led by Newcastle University claimed. And that’s not all. The study found that switching to eating organic fruit, veg and cereals - and food made from them - would provide additional antioxidants equivalent to eating between one to two extra portions of fruit and veg a day.

It sounds like the shot in the arm beleaguered organic food suppliers have been waiting for, but how robust is the new research and will it provide the tipping point that persuades consumers to switch to organic?

When the study was released last week it attracted huge media attention - thanks to its headline grabbing ‘two extra portions per day’ line. But it contradicted a 2009 report into organic food published by the FSA, which suggested there were no significant health benefits to be derived from eating organic food.

The FSA’s report had a catastrophic impact on the organic food industry, recalls Guy Watson, founder of Riverford Organic. “Their director, Professor Krebs, concluded that eating organic food was a ‘lifestyle choice’ - ie that I as an organic farmer am a quack, and my customers are mugs. His words were leapt upon by the media, and undoubtedly contributed to a four-year 25% decline in the UK organic market.”

The major difference between the FSA report and the latest study is the sheer amount of data the research team trawled through, according to Newcastle University’s Professor Carlo Leifert, who led the study. He says the FSA’s study based its conclusions on just 46 publications covering crops, meat and dairy available at the time, while his analysis is based on data from 343 “peer-reviewed publications” exploring the composition difference between organic and conventional crops. As a result, the findings of the latest study are much more robust and shed greater clarity on the subject, he argues.

“The organic versus non-organic debate has rumbled on for decades but the evidence from this study is overwhelming - that organic food is high in antioxidants and lower in toxic metals and pesticides,” explains Leifert.

Despite the study being the most comprehensive ever undertaken into organic food, and the fact that in the interests of clarity the university has taken the unusual step of placing all of the raw data it used on to its website where it’s freely accessible, some members of the farming community have criticised the work - earlier this week Leifert issued 16 pages worth of rebuttals to each criticism.

Nick von Westenholz, CEO of the Crop Protection Association, voiced fears echoed by a number of different parties: “It is important that consumers aren’t given unnecessary cause for concern that may lead to them questioning the safety of their food and reducing their consumption of fruit and vegetables as a result, potentially causing a health deficit.” He said over 97% of UK farms are conventional and produce crops that are “healthy, affordable and safe.”

But Leifert counters that he isn’t advocating that people instantly drop conventional farming techniques and replace them with organic instead. He feels more research needs to be conducted in this area over a longer period of time. It’s a view shared by Peter Melchett, policy director at the Soil Association.

“This study doesn’t tell you that eating organic food would make you healthier - that requires further research as the authors of this paper make clear,” said Melchett. “What this study shows is that how we farm affects the quality of the food we eat. To find out if that makes it healthier we would need to do long-term trials involving groups of people eating organic and non-organic food and that scientific work has not been done yet.”

In the long run, science will inevitably reach a consensus on the nutritional benefit of organic food, as it has on smoking and cancer, says Watson.

“That consensus will almost certainly be right, but for now common sense holds the casting vote for me and that means not spraying our veg with nerve toxins, accepting that they grow more slowly and that we occasionally must share them with a few bugs. They will often cost a little more as a result but that doesn’t make my customers mugs or me a quack, just people who like good food and are making logical decisions.”