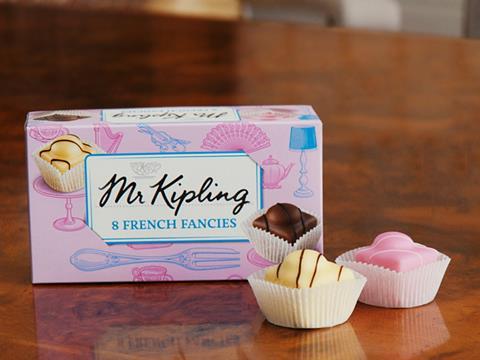 Premier Foods has confirmed it is discussing the possibility of higher rsps across its portfolio with the mults, in response to the devalued pound and rising commodities prices.

“There are limits to what we can absorb,” Johnson told The Grocer. “When there are significant increases in commodities prices, some element needs to be reflected in product pricing.”

The grocery giant was considering rises around the mid single-digit mark on average, but there was “no one size fits all”, said Johnson, meaning changes would differ across categories and brands.

Discussions with the mults began around a month ago and were ongoing, Johnson added. He insisted it was “not new news” and the potential rsp increases were in line with the rest of the industry.

In November, Premier CEO Gavin Darby said the business was weighing up a host of options to mitigate the need to push up prices. He told The Grocer the Batchelors owner was a different proposition from its multinational rivals due  to 95% of its range being manufactured in the UK, with 89% of input costs in sterling.

Premier had reduced the size of its larger packs of Mr Kipling individually wrapped slices from nine portions to eight, Johnson confirmed. However, the SKUs’ rsp had also been cut, from £2.39 to £2.25, meaning the price per slice was up only “a little bit” (1.6p).

The change in pack size had been driven in part by cost considerations, but also to create uniformity with Mr Kipling slices’ four-pack, said Johnson.

His remarks came after a Twitter user expressed confusion over a nine-pack and an eight-pack appearing on shelf together in a branch of Tesco. This had been in error due to a “rogue” case of the eight-pack being delivered too early, said Johnson. The mult was not due to have received smaller format until selling out of the larger over coming weeks. Only Asda had so far officially stocked the eight-pack, which rolled out last month.