Raccoon crisps anyone? Walkers unveils Do Us A Flavour finalists 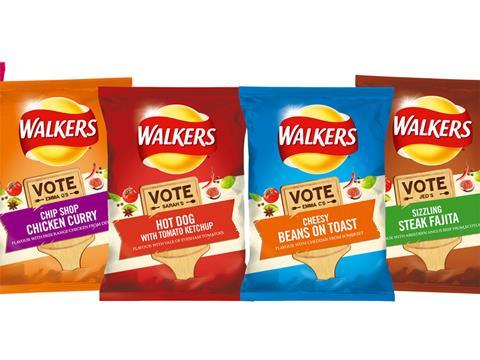 Walkers has unveiled the six new crisp flavours created by members of the public for its Do Us a Flavour promotion.

The public can now buy the six flavours and have until 17 October to vote for their favourite – with the creator of the most popular one winning a £1m prize. The five runners-up will each bag £10,000.

Walkers is backing the roll-out with in-store activity including a six-case stacker allowing all the flavours to be displayed together, online promotion and a TV campaign that kicks off on 8 August and stars Walkers brand ambassador Gary Lineker.

“With 1.2 million entries in the first stage of the competition, it is already proving to be extremely popular with consumers,” said Walkers marketing manager Lee-Teng Chung.

Launched in January, the 2014 version of Do Us a Flavour comes six years after the original version was won by Builder’s Breakfast flavour, which contributed to an 8.4% hike in value sales of the brand.