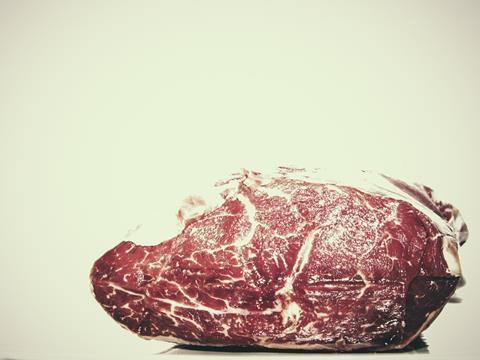 US scientists have developed a new sensor that can be used in packaging to indicate whether meat or fish is safe to eat.

The device, developed by chemists at the Massachusetts Institute of Technology, is made from chemically modified carbon nanotubes that can detect the gases emitted from rotting meat.

The device was tested on pork, chicken, cod and salmon, and researchers said it could be easily integrated into packaging to offer better safety information than traditional expiry dates.

Although there are other sensors that can detect the signs of decaying meat, they are usually large and expensive devices. “The advantage we have is these are the cheapest, smallest, easiest-to-manufacture sensors,” said MIT professor Timothy Swager.

The development has been welcomed by the packaging industry, which said the device could help reduce food waste as well as preventing foodborne illness.

“There are several potential advantages in having an inexpensive sensor for measuring, in real time, the freshness of meat and fish products, including preventing foodborne illness, increasing overall customer satisfaction, and reducing food waste at grocery stores and in consumers’ homes,” said Roberto Forloni, a senior science fellow at packaging company Sealed Air.

The scientists have filed for a patent on the technology and hope to license it for commercial development.