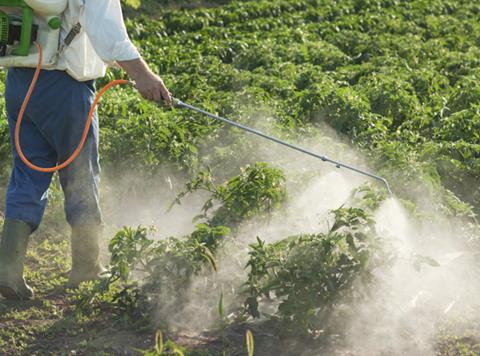 British supermarkets are failing to tackle the use of harmful pesticides in their supply chains that poison millions of workers every year, a new study has found.

Research released today by the Pesticide Action Network (PAN UK) found that “highly hazardous” chemicals, including carcinogens, reproductive toxins and environmental pollutants, were still present in the supply chains of all the major retailers.

While Morrisons workers are now required to give blood tests to screen for potential pesticide poisoning, and Lidl and M&S employees who use “plant protection products” must get regular health checks, protective measures across the industry were inconsistent, the report found.

“In an ideal world [supermarkets] would be publishing publicly available information on how many workers are poisoned within their supply chain every year,” said Josie Cohen, head of policy and campaigns at PAN UK. “The problem is they don’t monitor it. That information isn’t available so it’s kind of this invisible problem.”

Although many “highly hazardous” pesticides are banned in the UK due to their impact on human health and the environment, they are still allowed in other countries from which Britain imports food.

Around 385 million agricultural workers are poisoned around the world each year as a result of pesticide exposure, according to a study by BMC Public Health, up from an estimated 25 million cases in 1990.

While the majority of poisoning cases are non-fatal, it is estimated that around 11,000 deaths occur every year as a result of unintended pesticide poisoning. The use of pesticides can cause health problems such as cancer, Parkinson’s, and non-Hodgkin’s lymphoma, from prolonged exposure.

PAN UK ranked the top 10 supermarkets on various criteria relating to pesticide use based on a survey completed by each retailer. M&S and Waitrose lead the way in the rankings, but the campaign group said all the major retailers had “a long way to go”.

Cohen claimed the poisoning of workers tended to be the “most prevalent where the rule of law is the weakest and regulations aren’t enforced”.

“Most of these chemicals will have been banned in the UK so there’s this element among UK consumers where we feel protected, but we’re exporting our environmental and human health footprint to other countries.”