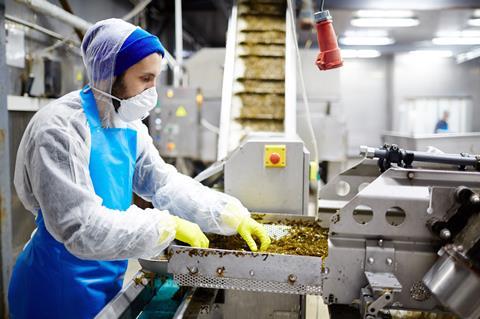 Suppliers have revealed unease about the government’s review of the two-metre social distancing rule, despite hospitality bodies warning that scrapping it is vital to the recovery of the sector.

In a survey by the FDF this week 71% of suppliers felt employees would be concerned a move to one metre would “not be a safe environment” for food production.

The survey comes after Boris Johnson ordered a review of the guidelines amid growing pressure from trade bodies to reduce the distance.

Only a third of UK pubs could reopen under existing restrictions, according to the British Beer & Pub Association, whereas under one metre, 75% could reopen.

UKHospitality CEO Kate Nicholls welcomed the review as “a positive show of intent”.

As well as concerns over social distancing, the FDF survey shows continuing disquiet over the potential unintended consequence of the government’s test and trace system, which was pinpointed by nearly 60% of companies as the biggest concern.

One leading food source said there had been “some early reports” of tracers not taking into account social distancing measures at workplaces when deciding whether workers should be told to isolate, despite government promises they would.

The Grocer understands industry leaders have held talks with ministers and Public Health England to call for a new “escalation” system, which would allow managers of food companies to question decisions if they feel they have overlooked social distancing precautions.

Companies have expressed fears factories could be unnecessarily forced to close if test and trace monitors do not take into account special circumstances of food factories and retail environments.

The source said: “We have had some reports where tracers have been over-zealous which could have major consequences for food production.”