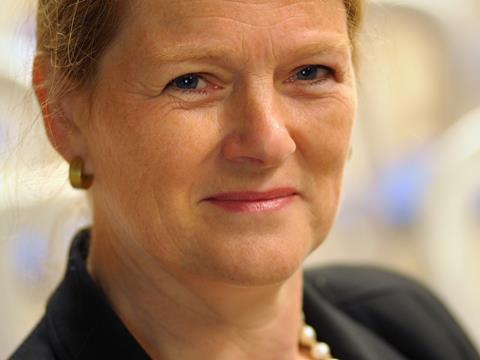 After a 355-day investigation into the UK’s biggest retailer, Groceries Code Adjudicator Christine Tacon this week delivered her verdict on the “shocking” breaches of the Code by Tesco’s buying and finance departments, who between them systematically abused suppliers to prop up the supermarket’s ailing profits.

The report catalogues the illegal deduction of multimillion pound sums and how Tesco delayed payments owed, in some cases, by over two years.

Yet in the year Tacon has been on the case, new CEO Dave Lewis has overseen what his inquisitor admits has been a “sea change” in trading culture, to the extent the Tesco boss said this week her report would not compel him to take further material action.

And since the investigation covered a period expiring three months before Tacon’s powers to hit retailers with massive fines of up to 1% of their UK turnover came into force, some suggest it is toothless.

However, in closing one file, Tacon has opened another, which threatens to engulf all the big supermarkets and their suppliers in a fresh controversy.

Alongside her demands on Tesco, the Adjudicator revealed she is launching a new probe into the issue of suppliers paying for shelf space in supermarkets, and has called in the Competition & Markets Authority to help her investigate.

Made aware by The Grocer

Tacon says she found insufficient evidence that Tesco had breached paragraph 12 of the Code, which bars retailers from requiring suppliers to make payments to secure better positioning, but says evidence has emerged that suppliers were indirectly being put in a position whereby sums of tens of thousands of pounds were expected to be paid.

Tacon admitted a story in this magazine first opened her eyes to what was going on. “I was actually made aware by an article in The Grocer,” she says, referring to a story in October 2013 in which we revealed Tesco was asking suppliers to pay a premium to guarantee the best shelf positions.

An email seen by The Grocer from Tesco’s cooking ingredients buying manager James Marshall said he would “like to request you pay a rate card for shelf positioning (applies to existing and new products)”.

The rate card included on the email set out charges of £30 per product per store for space on the two key eye-level shelves and £15 for the top shelves and two mid-fixture shelves.

Ironically, it came shortly after then-UK MD Chris Bush and commercial director John Scouler - who both subsequently left amid the scandal of Tesco’s £326m financial black hole and the SFO investigation - promised a “new era” in supplier relations at Tesco.

Tacon says when she approached Tesco it agreed the activity was a breach of the Code, adding that during the course of this investigation she discovered evidence to suggest the matter of indirect payment for space was rife.

“I found quite a number of areas where it looked like they were indirectly requiring money,” she says. “I’d heard it was a practice that went on. What I hadn’t realised was the amount of money suppliers were paying. Tens of thousands and in some cases hundreds of thousands.”

“Suppliers told me they tended to participate in range reviews because they felt they would be disadvantaged if they didn’t.

Tesco were saying ‘if you want to be part of a range reviews you’ve got to pay to be the category captain.’”

“I also know some suppliers felt quite happy about it,” adds Tacon. “[Tesco] would ask for money and suppliers would say these are things I want in return for giving you money. Tacon says she wants to widen the net to other retailers and bring in the CMA to rule on whether such deals are a breach of competition law.

She stresses the consultation is not the same as her being in “investigation mode”, but believes practices in relation to category management and captaincy have “evolved” since GSCOP and the earlier Supermarkets Code of Practice have been developed.

“It’s very evident most suppliers pay for space, for prioritisation and for some sort of merchandising plan,” says David Sables, CEO at Sentinel Management Consultants. “The fact is it suits suppliers. If this payment is going to get them a better position then of course they are going to pay the piper.”

“What the Code protects against is demanding money for this position but even then they can get round it by saying it’s an investment. It’s the same menaces but different words. Either that or a retailer negotiates loose wording into a supplier agreement and then it’s anything goes.”

“Do we want to try to turn everyone into a bunch of wallflowers?

“The argument will be that these payments give big suppliers with their cash cow brands an advantage over smaller suppliers,” admits Sables. “But what the smaller players have in their favour is innovation. And who do retailers turn to to beat up when a new innovative product comes on the block? It’s the big suppliers. So, to an extent what goes around comes around.”

However, Ged Futter - former senior buying manager for frozen food at Asda, turned negotiation trainer - says its consumers that suffer. “Some suppliers even pay for competing brands to be removed,” he says. “The root cause is suppliers, because they want it to be about space and… some actually measure success on how much space they have and if you have retailers taking money from suppliers for space invariably that’s not in the interest of consumers.”

Ironically, Tesco emerged this week looking like it may have least to fear from the new probe. Lewis pointed out all Tesco buyers had been ordered to avoid payments for category captaincy or range reviews and to focus on price and volume.

Yet with so many grey areas in the regulations and so many suppliers and retailers involved, it looks like Tacon and the competition authorities will have their hands full again.