Tangerine gets SpongeBob and Turtle power in Nickelodeon licensing tie-up 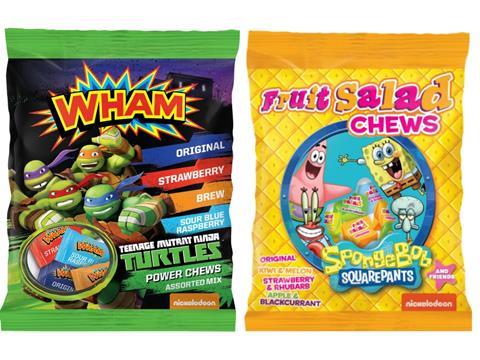 Tangerine Confectionery has teamed up with Nickelodeon for the first time to launch SpongeBob SquarePants and Teenage Mutant Ninja Turtles sweets.

The supplier is this month rolling out limited-edition Wham and Fruit Salad sharing bag ranges inspired by the Nickelodeon & Viacom Consumer Products characters, describing the launch as “the start of a fruitful relationship” with the entertainment giant.

“These characters are popular with audiences of all ages,” said Tangerine Confectionery senior brand manager Gillian Clarke. “The partnership gives us an opportunity to treat families to two fun ranges which we predict will be best sellers this summer.

“This is the start of a fruitful relationship with Nickelodeon where we will continue to build brand loyalty.”