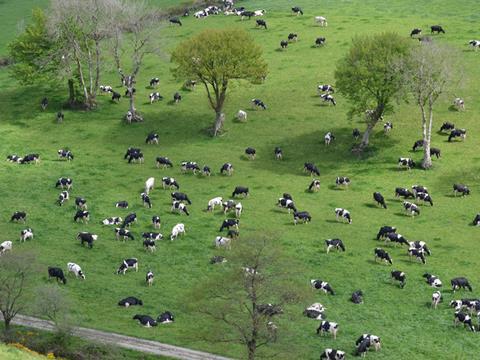 Tesco has extended its financial support package for First Milk farmers supplying milk for its own-label Cheddar products until the middle of April.

The retailer said it was extending the six-month package from its initial expiry date of 28 February to 17 April, as a result of the recent inclement weather and financial challenges faced by members of the dairy co-op.

It means farmers supplying milk to the First Milk creamery in Haverfordwest will continue to benefit from an above the cost-of-production payment of 29.53 pence per litre for milk used to make Tesco standard mild and medium Cheddar.

“Through the work of the Tesco Sustainable Dairy Group and its collaborative partnerships with dairy farmers, Tesco recognises how challenging the winter months can be - particularly for non-TSDG producers - and has made this investment to give them further additional financial assistance to help them cover their production costs,” it said in a statement.

“It is a particularly challenging and uncertain time in the global dairy market, which is why over the past six months, we have provided additional financial support to help our First Milk farmers,” added Tesco commercial director for fresh foods and commodities Matt Simister. A similar supplement for South Caernarfon Creameries farmers will finish as planned at the end of the month.

First Milk faced criticism from its members and NFU Scotland when the supplement was announced last September for limiting the payment to those farmers who supplied its West Wales plant, and was accused of betraying its co-operative principles.

CEO Mike Gallacher this week welcomed the extension of the supplement. “Consumers clearly want their retailers to pay sustainable prices for British dairy products - in both cheese and milk - and Tesco, under Dave Lewis, has taken a leadership position,” he said.

It follows news last month that Tesco had entered into a strategic milk supply partnership with Müller, which is understood will see it supply up to a quarter more milk to the retailer, with Arla losing out.

Tesco will also shift to a 100% British milk supply for all of its standard own-label yoghurts from 1 March in a move it said would increase the demand for milk from farms across the whole country. It will source the yoghurt from Yeo Valley, it said, and had previously only sourced about 66% of its own-label yoghurt from the UK.