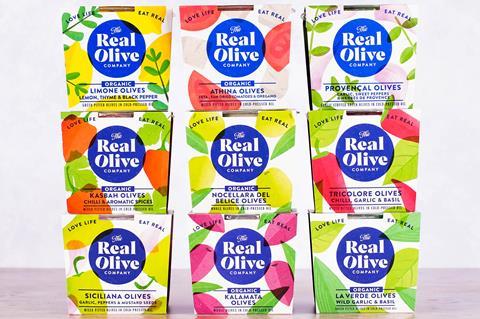 It billed the new lemon blend ‘sunshine in a pot’

The Real Olive Company has revealed a new look and expanded its lineup with a new lemon blend.

The olive brand said the blend was “a true taste sensation” and billed it “sunshine in a pot” that was ideal for the summer season.

The launch comes just over a month after the brand gave its range of olives a new look in a bid to better communicate its values.

It had planned to launch the rebrand earlier in the year, but put it on hold due to the coronavirus pandemic. It said this was “the right time” to reveal the new look as people were “acutely aware of the importance of the health of themselves and their families and how that may also be linked to the health of the planet”.

“We’re confident that our new look really captures the essence of what The Real Olive company stands for,” said founder Karin Anderson.

The Real Olive Company had reported “huge” sales increases from the independent sector as well as “steady growth” in national retailers, despite the hit to the hospitality side of the business.

In May, it gained additional listings at 198 Sainsbury’s stores for its Kasbah olive blend following “strong performance” of its La Verde olive blend since its listing in September 2019.