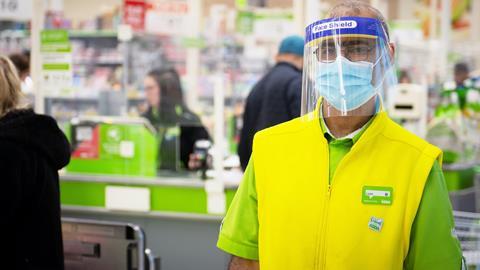 What does second lockdown mean for food and drink?

With the PM sending England into a second national lockdown, the industry faces a month of upheaval. So, what are the key issues for the food and drink sector?

Will lockdown II lead to another round of stockpiling?

The prospect of panic buying reminiscent of the scenes in March is one of the industry’s biggest fears.

This week The Grocer revealed sales of toilet roll, sugar and dishwashing products shot up in the week to Sunday, with loo roll sales 55% higher than in the same week in 2019, according to Dunnhumby.

A source involved in emergency talks with the government says supermarkets reported large spikes in sales of products including pasta and flour over the weekend.

Sainsbury’s is believed to have seen sales over the weekend match that of 14/15 March. It also smashed its record for click & collect orders. “Not only was this in the numbers of online orders but also the revision to orders and the size of the orders,” a source says.

“We don’t know whether this will be just a one-off because people know the lockdown is coming or whether it will be the start of more stockpiling over a sustained period like we had last time,” adds another source involved in the talks.

However, a BRC spokesman insists there is so far no indication of supermarket shortages, suggesting shoppers have somewhat greater confidence in the supply chain this time.

Supermarkets have begun ramping up measures to control shopper numbers and ensure safety in stores.

Asda this week said it was beefing up the presence of marshals at the front and in logjam areas of stores to maintain social distancing.

Iceland said it would also place staff at entrances where necessary to limit customer numbers.

Sainsbury’s, Tesco and Waitrose were among those to also ask customers to come in alone where possible. A note on Sainsbury’s website said: “Our store teams will be asking groups with more than one adult to choose one adult to shop and will ask other adults to wait. Children are welcome if they are not able to stay at home.”

Supermarket cafés have had to close for eating in due to the restrictions, though they can continue selling takeaways.

Meanwhile, purchasing limits continue in some stores and may still be ramped up.

Lidl has given store managers the discretion to introduce limits “should consumers start to bulk-buy”.

Supermarkets including Morrisons, Tesco and the Co-op reintroduced purchase limits on certain products – as in the first lockdown – in September.

Horror on the high street

A “nightmare before Christmas” is how BRC CEO Helen Dickinson described the closure of non-essential retail.

She warned losses for stores on the high street, as well as in retail parks and shopping centres, would be far higher than the £1.6bn a week lost during the first shutdown.

BRC-ShopperTrak data published on Thursday showed UK footfall already 35% down year on year, before the lockdown came in. Dickinson warned it would “plummet to the depths seen during the previous closures, putting hundreds of thousands of jobs at risk”.

Retailers are also urging the government to extend business rates relief beyond April 2021 to avoid a deadly cliff-edge.

Revo, which represents shopping centre landlords, says the lockdown will be “catastrophic for the high street and wider economy” and calls for financial support on top of furlough.

Figures from real estate advisor Altus Group put the number of shops required to shut in the lockdown at 363,000.

As for essential retailers, while escaping action as severe as that in Wales, where general merchandise had to be taped off, supermarkets in England faced the prospect of closing sections of stores. In talks on Tuesday, the government indicated they could continue selling non-essential items in “mixed aisles” but should cordon off non-essential products in separate departments. However, by Thursday morning there was still no clear official guidance over the distinction.

A staffing crisis remains one of the biggest elephants in the room as the industry heads for Christmas. At the height of the first lockdown, food and drink businesses were reporting absence rates of over 20%.

The figure is now hovering around the normal 5% level, but with city-wide testing being rolled out, beginning in Liverpool, there are fears of a knock-on impact on numbers self-isolating, which could send absentee rates soaring.

Yet another issue for the industry is vulnerable workers. While shielding, as advised in the first lockdown, is not part of the latest plans, the clinically vulnerable over 60 have been advised “not go to work if they are unable to work from home”. This raises questions over who will pay their incomes and for replacement staff.

In June, The Grocer revealed thousands of vulnerable supermarket workers had been told they should return to work or face moving on to sick pay, or in some cases unpaid leave.

“The new lockdown poses potential issues for shop and factory workers,” says a source. “It also poses the question of who pays for them to be at home and who does their jobs.”

Another source adds: “There hasn’t been consistency in terms of payment. The supermarkets paid shielding workers, and so did some suppliers, who were unionised. But in countries like Spain, the government is taking direct responsibility: those who are shielded are paid 75% of their salary.”