What impact is coronavirus having on UK food and drink exports?

Coronavirus has played havoc with international supply chains and demand. So what impact has there been on UK food and drink exports? 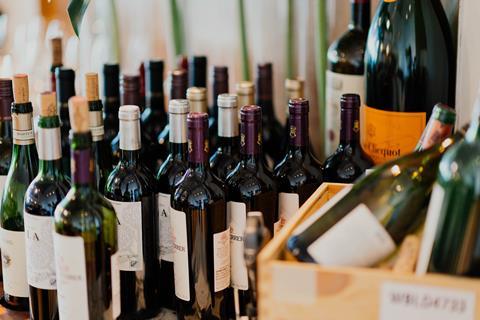 Wine exports are down 35%

Food and drink exports fell by more than 13% on the same period last year, according to new HMRC trade data, with the UK’s most popular products abroad all affected.

UK wine (-35%) exports tumbled by a third in the first half of the year versus the same period in 2019 as a result of coronavirus havoc, it shows.

Gin (–24%), and beer (–19%) are also feeling the effects, while scotch whisky exports were already down by about a third pre-Covid as a result of US tariffs on single malt scotch whisky and have seen further reductions since.

Fish exports have similarly sunk. Many UK fishermen were forced out of business during the early stages of the crisis as the industry lost access to its primary markets in Europe and Asia.

And now it seems as if the multimillion-pound Scottish salmon industry is also under pressure, with exports down 33% in the first six months of the year against the same period in 2019.

“Reduced access to markets and the closure of many foodservice outlets as Covid-19 spread across the world initially limited exports of whole, fresh Scottish salmon,” said James Park, head of insights at the Scottish Salmon Producers Organisation.

Salmon exports are now picking up again and almost doubled from April to June to £49m. However, there remains a shortfall on last year’s figures  – in June exports were still down by more than 10% on the same month last year.

Food and drink sales to Europe (down 13%), Asia (–14%), and North America (–17%) were unsurprisingly the worst hit, given these regions were the epicentre of the pandemic for most of the first half of the year. US exports have additionally been damaged by Washington’s punitive tariff regime since October.

With the pandemic’s epicentre now moving through Latin America, the UK’s global exports have begun to pick up. But with the early signs of a second wave emerging in Europe and China’s growing caution, businesses will be wary that this could be far from over.