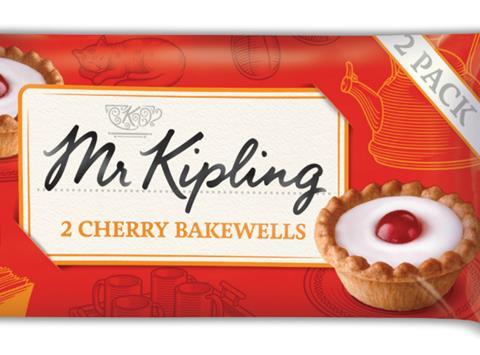 Cherry Bakewells are among the Mr Kipling lines available in NZ

Kiwis will be able to shop for Mr Kipling’s most popular cakes for the first time, after owner Premier Foods secured a deal with leading New Zealand distributor and supermarket operator Progressive Enterprises.

Everyday cakes from Mr Kipling and Cadbury, including Cherry Bakewells and Mini Rolls, are rolling into Progressive’s 184 Countdown stores, which serve around 2.5 million customers a week. The launch comes after festive lines from the two Premier brands landed on shelf in late summer, 10 years after Premier introduced its cakes to Australia.

In the past year, the supplier had seen its Australian market share soar from 1.8% to 5.7%, said international managing director Jette Andersen.

The expansion to New Zealand supermarkets marked “another exciting step in our international strategy” she added. “It follows close on the heels of a successful export strategy to the Australian market. We’re looking forward to further success in New Zealand.”