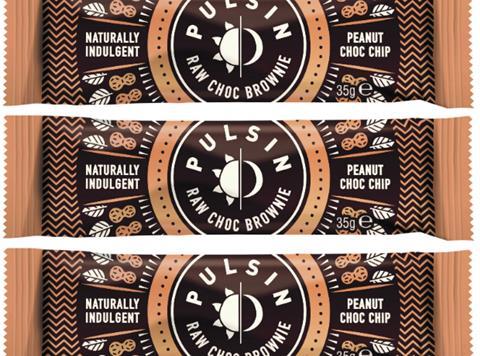 The makers of Pulsin snack bars will wait at least a month before celebrating their £300k victory against the taxman, according to the brand’s co-founder Simon Ashburner.

HMRC has until 22 February to appeal a First-tier Tribunal ruling that Pulsin had for years been incorrectly charged VAT on sales of four variants of its Raw Choc Brownie.

While HMRC had classed the snack as confectionery, which is standard rated for VAT, it was in fact zero-rated cake, according to Judge Amanda Brown in a decision published this week. It came after she closely compared Pulsin’s brownie with similar, zero-rated products from Morrisons, Mr Kipling and Pret a Manger and found little difference.

‘The tribunal considers that all variants of the product are properly classified as cakes and are therefore eligible to be zero-rated,’ Brown wrote. ‘As a consequence, and subject to verification of the quantum, the claims to overpaid VAT are repayable.’

With the assistance of advisers from accountancy firm Grant Thornton (and “hefty” legal fees), Pulsin had claimed £49,273 it considered to have overpaid VAT on the sale of its Maca Bliss brownie variant from 1 September 2012 to 31 August 2016. It also claimed £261,989 from sales between 1 May 2013 and 31 May 2017 of Almond & Raisin, Superberry and Peanut Choc Chip.

In spite of their success, Ashburner and his colleagues hadn’t “really been celebrating” given the possibility of an HMRC appeal, he told The Grocer. “As a small business, we’re used to keeping our heads down and fighting battles on a daily basis.”

Nevertheless, the tribunal victory had “certainly put a spring in our step, and we’re hoping 22 February will come and go without response from HMRC” he added. “It’s a big win for us; it means we’re able to compete on an even footing with other brownies.”

However, no appeal by HMRC – or a failed appeal – will not necessarily mean a £311,262 payday for Pulsin. “It’s by no means guaranteed,” Ashburner said. “There’s a clause that covers unjust enrichment under which HMRC can withhold some or all of the money.”

Launched in 2006, Pulsin produces a range of protein bars for adults and children. It also makes protein powders, some of which are zero-rated for VAT. The brownie is one of its longest-standing products, accounting for 10% to 15% of £10m annual sales.

Pulsin aimed to double turnover “in the next two to three years – and the brownie and kids bars will lead the growth” Ashburner said.

He called for a “level playing field” in the taxation of better-for-you snacking, noting that the likes of Bounce energy balls were zero-rated while some Pulsin bars were not. “The area of VAT is the perfect opportunity to help consumers make healthy choices.”