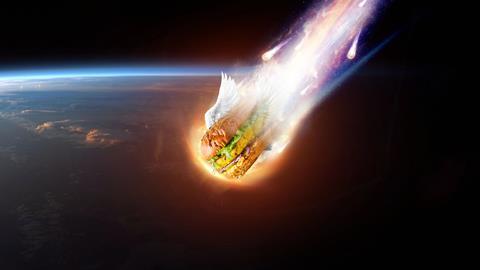 Meat alternatives have reaped the benefits of the health halo around plant-based. But as scepticism grows, could sales suffer?

It never crossed my mind to be a vegetarian, let alone vegan,” says Jermaine Jenas, former footballer for England. He’s one of a dying breed. Because his documentary - Football Going Vegan, aired on the BBC at the tail-end of October - shows the meteoric rise of the diet in the sports world.

The spotlight falls on all-vegan football club Forest Green Rovers, which claims the diet has improved its performance. It’s just one of many high-profile sports examples. Venus Williams, Jermain Defoe and David Haye have all testified to the benefits of following a plant-based regime.

Athletes aren’t the only ones switching to a plant-based diet for its purported health benefits. Health is the primary reason for buying into the meat-free market, driving 37% of all occasions over the past year [Kantar 52 w/e 14 July 2019]. And half of consumers said meat alternatives were healthier than the real stuff in our Streetbees poll of over 1,200 people.

Not all plant-based foods are equal, though. And vegan ‘junk food’ is increasingly coming under fire from critics who argue shoppers are better off eating a standard banger or burger.

In August, Whole Foods Market founder and co-CEO John Mackey described so-called fake meat burgers as “super highly processed foods”. That same month, an article published by Harvard Medical School questioned the health credentials of plant-based burgers. The piece raised concerns over their often high sodium and saturated fat content, concluding they “are good for the planet, but not always good for our health”.

So how is this criticism affecting meat alternative brands? And could it dampen growth in the meat-free category?

Dieticians have raised similar concerns. Rebecca McManamon, a consultant dietitian and spokeswoman for the British Dietetic Association, points out plant-based burgers “may have trans fats linked with cardiovascular disease, or ingredients used as binders or taste enhancers such as salt or sugar that have health implications if consumed in excess”.

True, these products don’t exactly position themselves as health foods. But they have claimed they are healthier than meat. Take Beyond Meat, which earlier this year came under fire from nutritionists in Canada for marketing its plant-based burgers as being ‘better for you’ than beef patties, without having the science to prove it.

Beyond Meat subsequently edited its website, removing claims that eating meat increased the chances of getting cancer by 16% and the chances of developing heart disease by 21%, though it insisted it was simply “revising the website to add more information”.

So far, this controversy doesn’t seem to be hampering success. Beyond Meat attracted a near $4bn valuation after its first day of trading on the Nasdaq in May, and posted a 250% sales increase in the third quarter of this year. Impossible Foods has a high-profile deal with Burger King in the US, and is now rumoured to be eyeing the European market.

It could prove a savvy move, considering the British appetite for meat alternatives. Beyond Meat has racked up £1.6m in retail sales since launching in the UK at the end of last year [Nielsen 52 w/e 7 September 2019]. Iceland’s meat alternative brand No Bull has more than tripled its value to £3.1m.

But health concerns could throw a dampener on this stellar growth. Two thirds (65%) of UK shoppers say they wouldn’t eat plant-based products with high levels of salt or cholesterol. And as concerns over the health impacts of highly processed foods mount, meat alternatives will continue facing scrutiny, suggests food journalist and author Joanna Blythman.

“Shoppers have been told plant-based is healthier than meat, and that’s been one of its key selling points,” she says. “People haven’t challenged that, it’s been presented as fact, and manufacturers have exploited that.”

Ayisha Koyenikan, a food & drink analyst at Mintel, believes meat alternatives have enjoyed a honeymoon period thanks to their focus on protein. Mintel data shows 29% of meat substitute launches in the year to September 2018 included a high or added protein claim. “However, once that honeymoon feeling wears off, consumers will start paying more attention to how these products are being made and what’s in them,” she argues. “Desires for cleaner labels will lead more discerning consumers to hold manufacturers to a higher level of accountability.”

Koyenikan points to the gluten-free category as an example of how things can change. Shoppers initially saw the products as “generally healthy and natural”. However, there has been “an increasing consumer backlash around unnatural and over-processed products” in recent years, she says. In 2016, Mintel research found 37% of US consumers were concerned about ingredients in gluten-free foods, a figure that rose to 51% among millennials. That led to a plateau in gluten-free innovation in more mature markets, she claims.

A similar thing happened in the protein bar market, says brand design agency Coley Porter Bell, which worked on the M&S Plant Kitchen range. Creative director Sam Stone points out protein bars were thought to be “good for you” when they exploded on to the market. Consumers are now more questioning of their nutritional content, she says.

That said, the growth figures in these markets - protein bars are up 21.7% and the free-from category is up 36% [Kantar] - shows there has been limited damage. And for its part, the meat-free market is looking equally healthy, up 18% to £474.5m.

It suggests meat alternatives are still benefitting from the health halo around the plant-based diet.

“More plants means more fibre, which has been linked to a reduced risk of chronic conditions such as heart disease, diabetes and some cancers,” notes McManamon.

Additionally, health isn’t the only reason people are buying meat alternatives, points out Toni Vernelli, international head of communications and marketing for Veganuary. “If your motivation is to improve your health then it’s common sense that eating a whole food vegan diet - where you cook as much as possible from scratch, is going to be the healthiest option,” she says. “But for many people making the switch, that’s not the priority. For these people, transition foods such as burgers and sausages and other fake meat products make it a lot easier for them to switch their diets.”

Meat alternative brands such as the Meatless Farm Co are also keen to address health concerns. Founder Morten Toft Bech stresses his products are already a “high source of protein, a source of fibre, they’re gluten-free and we’ve added vitamins and minerals such as iron, zinc and B vitamins”. However, he plans to do more work on the health front. “Our salt levels are amber on the nutritional traffic light scale but we’re still looking at alternative options to decrease this further such as miso or seaweed,” he says.

If they get this right, then meat alternatives may just be able to keep their halo.