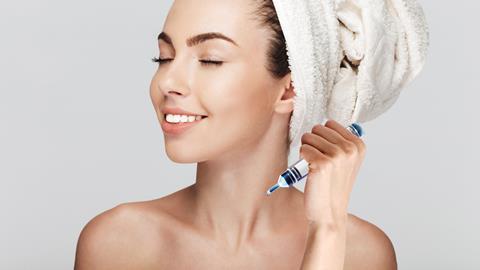 Skincare is taking its lead from plastic surgery, with clinical-looking packaging and claims. And that’s giving sales a facelift

Appearance is everything in the age of the selfie. Well, almost: 83% of Brits say their appearance is ‘very important’ to them [Streetbees]. Unsurprisingly, that number is highest among 18 to 25-year-olds, at 87%. But what will really raise eyebrows is the steps many will take to ‘improve’ their looks.

At least for those who can still move their eyebrows. Botox is booming, expected to reach a whopping 1.5 million Brits next year. The treatment is so mainstream that Superdrug now offers jabs for as little as £99. It’s not just minor ‘tweakments’, either. The number of facelifts carried out in 2018 was up 9% [BAAPS]. Half of women under 34 are interested in cosmetic surgery [Mintel].

Given the sheer appetite for looking good, the numbers for personal care may appear puzzling. Value sales of skincare, oralcare, shower products and other toiletries are up just 0.6% [Kantar 52 w/e 16 June 2019]. And 1% fewer packs went through the tills. “Growth is driven by rising prices and is negated by shoppers buying less often and picking up smaller baskets,” says Kantar analyst Emma Chambers. “Overall, there’s been a loss of more than 68 million usage occasions in the past five years.”

There is logic behind these seemingly contradictory figures. Yes, it may mean 68 million fewer shaves, hair washes, teeth cleans and so on. But it doesn’t mean we’re letting ourselves go. Instead, we’re paring back some everyday routines and splurging on more heavy-duty treatments.

A mix of fashion and societal changes are dictating the routines in decline. For example, one million fewer packs of razors were sold as men embrace the facial hair trend (though a 2018 Men’s Health survey found that 46% now remove hair from their bodies).

Meanwhile, nearly seven million fewer bottles of shampoo and conditioner have made it off the shelves. That’s down to women opting for longer hairstyles, which can easily be tied back when not at their freshest.

“The trend towards longer hair means people require fewer hair washes,” says Procter & Gamble sales director Ian Morley. “The rise in working from home has added to this because you’re less likely to wash your hair if you’re not going to the office.” When Brits do venture out of the home, though, it’s a very different story. In public, the pressure to look your best has never been greater. Fifty-two per cent of consumers told us they used photo editing apps and filters before posting images of themselves on social media in our Streetbees poll. Meanwhile, 92% said they felt under too much pressure to stay looking youthful.

Enter products that promise a heavy-duty solution without going under the knife. A wave of new premium face creams and serums are employing similar language to that used by plastic surgeons and Botox clinics. See L’Oréal’s Revitalift Filler Renew Eye Cream and Renew Anti Ageing Day Cream, which contain the hyaluronic acid used in filler injections. Then there’s Boots’ No 7 Laboratories Firming Booster Series, including a line-correcting serum with a syringe-like design. Or the even more overt Nip + Fab No Needle Fix eye cream.

This appetite is being fuelled by high-profile beauty bloggers such as Nadine Baggott, who are pushing products with increasingly scientific credentials. Among Baggott’s recommendations are clinical-sounding, high-end brands such as Paula’s Choice, which comes at over £50 for its Clinical 1% Retinol treatment. But the effect is also filtering down to more affordable, high street brands – Olay’s Pro Retinol eye cream also earned a glowing recommendation from the blogger.

Olay brand owner P&G is aware skincare brands need to keep up with an increasingly demanding shopper. “People are looking for increased performance from facial moisturisers,” says Morley. “There is premiumisation taking place and we’re seeing a decline in cosmetics and increased demand for more hydrated skin.”

Insights agency JWT Intelligence has also witnessed skincare take on a higher importance. “Skincare is evolving into a health offering and expanding beyond beauty,” say Emily Safian-Demers, trends analyst at JWT. “Consumers are looking for bespoke solutions. In 2018, the global skincare category was worth $134.6bn, with new products coming to market constantly.”

Wrinkle-free skin with a healthy glow isn’t the only thing on the wishlist of aspiring Instagrammers. Gleaming Hollywood smiles are also the height of desirability (the Hollywood trend also extends beneath the waistline).

“To tap into the ‘tweakment’ trend the sonic toothbrush comes with Optimal White brush heads to help users achieve whiter teeth in just one week, versus a manual toothbrush,” says Philips professional relations manager Jenny Payne. “Sixty-five per cent of consumers are interested in tooth whitening and 46% have used an over-the-counter whitening solution.” So mainstream is the whitening trend that Boots has developed a comprehensive own-label offering. Its whitening kit with blue light promises to make teeth ‘10 shades lighter in one week’ and retails at £30.

A new area of opportunity opening up in this lucrative market lies in a more natural whitening solution. “We are looking at new and innovative active and natural ingredients that appeal to the younger consumer,” says Harrison. It could pay off. Data from P&G shows that 40% of consumers are looking for natural credentials in oralcare. Cue the recent launch of charcoal and coconut oil products under the Oral B 3D Whitening Therapy brand.

Others are going down the same route. “An example of a quick at-home ‘tweakment’ that has really taken off is charcoal-based toothpaste,” says Unilever VP for beauty & personal care Chris Barron, pointing to the launch of Schmidt’s Tooth & Mouth Paste with Activated Charcoal earlier this year. “With celebrities and influencers sharing their pearly white smiles as a result of brushing with charcoal, we tapped into this trend with this launch.”

The development of such products is one of the best examples of premiumisation in personal care. Standard toothpastes start at around 80p per 75ml tube in the supers; Colgate Natural Extracts Charcoal Plus White comes at an rsp of £5/75ml.

There’s no shortage of similar examples. Take deodorants, for example. Soft & Gentle has just launched a line that contains organic jojoba and coconut oils. At £2.49 per 150ml, it’s pricier than your standard fare (a 150ml can of a standard Sure deodorant can cost as little as £1). “Consumers are willing to pay more for products they know are made with natural ingredients as they become more self-conscious of their health and wellbeing,” says Morgane Salin, head of body care at Karium, owner of the Soft & Gentle personal care brand.

“This trend is reflected in the 0% aluminium deodorant segment in particular, as the market continues to be in strong growth, up 19.2% in spend and up 6.3% in the number of buyers,” says Salin, quoting Kantar numbers for the year to 14 July. “New shoppers entering the market are looking for more choice, in addition to an increased frequency of purchasing. In response to the performance of this sector, Soft & Gentle has reformulated its 0% aluminium offering.”

One size doesn’t fit all

The point about more choice is particularly pertinent. Because whether it’s skincare or toothpaste, shampoo or deodorant, the development of specialist products aimed at specific needs is a defining trend of this sector. One size no longer fits all in personal care.

See the 2018 launch of Pantene Gold, designed specifically for people with afro hairstyles, or this year’s Power of Grey campaign for Pantene’s Grey & Glowing shampoo and conditioner for proof of how brands are looking to target specific groups (and how fashions are changing). Pantene’s Pro-V Hair Biology range, which claims to offer ‘a tailored blend of nutrients for your hair’s biology needs at every age’, also demonstrates the brand’s commitment to meeting specific shopper needs.

As the market battles a decline in usage occasions, could it be about time that personal care got truly personal? 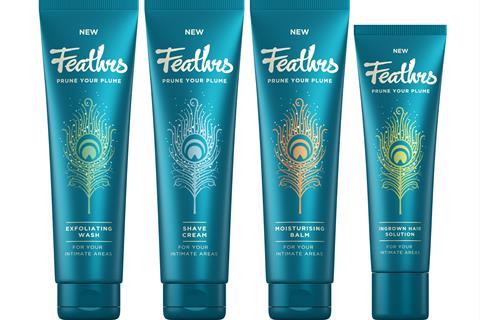 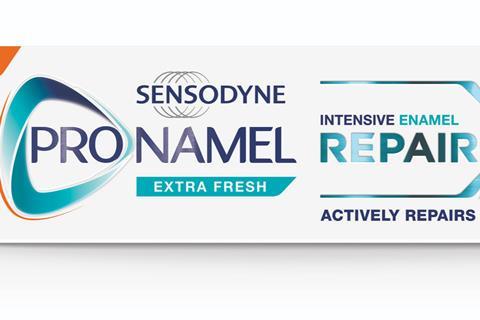 Sensodyne Pronamel Repair | Launched: June 2019 | Manufacturer: GSK | GSK says growing consumption of fruit and the use of peroxide-containing whitening products is playing havoc with the enamel in Brits’ teeth. Enter Sensodyne’s Pronamel Repair toothpaste (rsp: £5/75ml), which has been formulated to actively repair weakened enamel and lock in vital minerals. 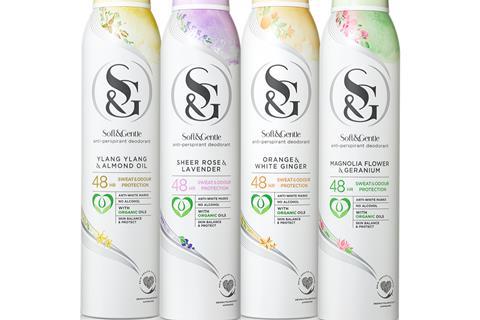 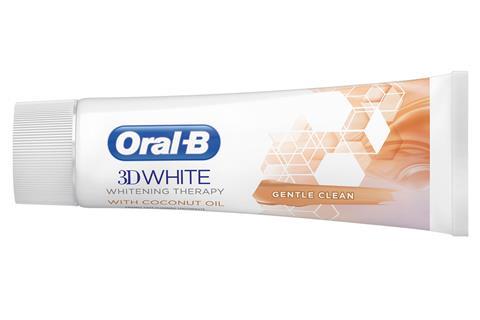 Oral B 3D Whitening with Coconut Oil | Launched: September 2019 | Manufacturer: Procter & Gamble | P&G claims this is the UK’s first whitening toothpaste to contain coconut oil (rsp: £5/75ml), which it says helps remove impurities and leaves teeth strong and white. It follows the launch of a charcoal whitening product earlier this year. “The whitening segment is growing at 68% over the past four years,” says P&G sales director Ian Morley.