Not fit for an Italian: pasta & pasta sauces category report 2019

In the UK, Italian food is synonymous with quality. So it might come as a surprise that Italian pasta manufacturers are flooding the UK with cheap pasta that can’t legally be sold in their homeland.

There is a more pressing issue than market value at play, though: quality. Take a closer look at lines such as Tesco’s Hearty Food Co spaghetti (20p/500g) and penne (29p/500g), Asda Smart Price Pasta Shapes (29p/500g) and Morrisons Savers Penne (30p/500g), and you’ll see why. All are made in Italy with durum wheat flour, the traditional ingredient of pasta. That’s where the good news ends. Because that durum wheat is mixed with cheaper soft wheat flour to create a blend that contains around 5g of protein per 100g.

It wouldn’t pass muster in pasta’s heartland. Italian law states that all Italian-made pasta sold domestically must contain 100% durum wheat and have a protein content of no lower than 10.5%. Anything less can only be sold abroad. It’s a point of national pride: when the EEC overruled Italy’s pasta imports ban in 1988, newspaper La Repubblica called pasta made with soft flour ‘gluey and insipid’.

Whether the pasta being shipped to the UK is that bad is not a debate for these pages. But its rocketing growth suggests Brits are not too picky about their spaghetti and fusilli. So, what does all this mean for the UK pasta market? What’s driving the switch to cheaper materials? And, with Brexit still unresolved, what does the coming year have in store?

As food prices rise, the prospect of a cheap dinner is increasingly appealing. So shoppers are always on the lookout for the best bargain - even in the world of pasta, which averages at just 83p per pack. That has made Aldi and Lidl the standout winners in pasta this year, with respective value growth of 13.8% and 30.8%. The big four have, in turn, started to compete more heavily on price with their value own-label ranges.

This price pressure comes at a tricky time. Because producing cheap 100% durum wheat pasta is an increasingly tough feat. “Italian durum wheat prices have risen by 9.5% since 2017, due to a sharp decline in wheat production, driven by severe droughts,” explains Alana Barros, market analyst at Mintec.

Pasta manufacturers could always use durum wheat from elsewhere. Bumper crops in Canada, for example, have pushed down the price of its produce. However, it’s not that simple. Most Italian pasta brands will only use homegrown durum wheat. That’s because Italy has ‘country of origin’ regulations on pasta, restricting wheat imports. “The regulation ensures all labels for pasta packages include the country origin of the wheat inside,” says Barros.

That preference for Italian durum wheat is only increasing. Last April, the world’s largest pasta manufacturer Barilla said it would cut Canadian imports by 35% and sign no further supply deals after traces of weedkiller glyphosate were found in Canadian stocks. Although the traces were within accepted limits, Italian growers used this as an opportunity to encourage manufacturers to use only Italian wheat, further driving up prices.

“It makes sense that the shortage of Italian durum would be a factor in driving exports of pasta containing soft wheat flour,” explains Barros. “Italy, as the world’s largest producer of pasta, would need high volumes of high-quality durum wheat, but due to low domestic production, the country would have to counterbalance the reduced supply somehow.”

Hence the influx of soft wheat pasta to the UK. “Essentially, Italy is shipping all the crap they’re not allowed to sell there to the UK,” says one well-placed industry source.

“Essentially, Italy is shipping all the crap they’re not allowed to sell there to the UK”

It’s not a completely new phenomenon. Britain’s only dried pasta manufacturer, Pasta Foods, says it uses exclusively durum wheat. But other manufacturers have been less consistent, it claims. “What’s interesting is that in 2017, most own-label pasta did not have a blend of durum and soft wheat but a number of years before that it was quite common,” says sales director Michele Conway. “The use of soft wheat flour in pasta seems to come and go, depending on external factors.”

What doesn’t fluctuate is the opinion of soft wheat pasta. Among the experts, it is universally deemed inferior to the 100% durum stuff. “The issue with soft wheat is that it doesn’t give the pasta the correct protein content, gluten quality and strength to be able to withstand the cooking process properly, so it goes to mush much more easily,” explains Barilla trade marketing manager Alberto Costella. “Pasta is a simple product: if you want to make quality pasta, you have to start from excellent ingredients.”

As retailers scrimp on their own-label offerings, that’s emerging as an increasingly important selling point for brands. Barilla, for example, says it is “100% committed to quality” and points to its “direct contracts with more than 5,000 farmers in Italy”. De Cecco’s #alladececco campaign hammers home its mission to ‘search for the best in everything we do, paying attention to detail’.

It may seem at odds with Britain’s love for a bargain pasta dish. But the numbers show there is appetite for both ends of the spectrum: from cheap and cheerful to a more premium affair. That’s even apparent in own label. While 20p pasta is flying, sales of high-end offerings are also in strong growth. Premium tier own-label lines are up 36.4% in value terms, albeit from a small base.

The same thing is happening in pasta sauces. Overall, cheaper own-label versions are winning. Value sales of retailer offerings, which undercut brands by roughly a pound a jar, have climbed 4% on volumes up 4.2%. By contrast, brands are up 1% on volumes down 0.8% [Nielsen].

Still, there is also appetite for more premium fare - as evidenced by Italy’s number one canned tomato brand Mutti winning listings in Sainsbury’s and Tesco this year. Claiming to use ‘100% Italian tomatoes with other highest quality ingredients’, Mutti has seen its retail sales more than double in the past year [Nielsen].

“We’ve created some real traction for Mutti in 2019, building on our highly successful launch into wholesale, speciality and foodservice,” explains Jess Bartkowiak, brand manager for Mutti at distributor RH Amar. “This was made possible by shoppers demanding more premium products in cooking sauces and the core ingredients for making their own sauces.”

To meet this demand, the brand is launching a range of premium pasta sauces (see right). Belazu, meanwhile, launched a quintet of premium pestos - including truffle, artichoke and rose harissa variants - last September. It claims to be the UK’s fourth-biggest pesto player in Nielsen rankings.

“It is important for us to understand and innovate for our consumers, who are often focused on health and flavour,” says Belazu partnership manager Alice Jarrett-Kerr. “People are looking for authentic, ‘clean’ and interesting products that have strong provenance and traceable origin.”

Questions for the mults

This poses some serious questions for the major mults. Because as they focus more heavily on cheap and cheerful options, their value sales are slipping. Tesco has seen a 5.9% slump and Sainsbury’s, which began selling a 5kg pack of penne for £4 earlier this year, is down 5.8%. Insiders say they have seen “terrible” category management at play, which is encouraging shoppers to opt for value tiers over standard lines or brands.

“People are looking for authentic, interesting products that have strong provenance”

Still, soft wheat pasta isn’t likely to go anywhere soon. Especially as authentic pasta is set to face further pressure in the immediate future. “We are seeing indications that durum wheat prices are likely to go up in coming months,” says Conway at Pasta Foods.

“This is the key time for harvesting in Canada and they are struggling to harvest because they’ve had heavy snowfall. If you’re a retailer looking at the pasta category for next year, you will be thinking about the prospect of increases in raw material prices.

“And then, of course, there’s Brexit,” she adds. “If you are buying in the finished product from Europe, you’re likely to face tariffs, which would push prices up, along with all the extra paperwork and resources needed to import it.”

In short, if times get harder, our pasta is likely to get softer. 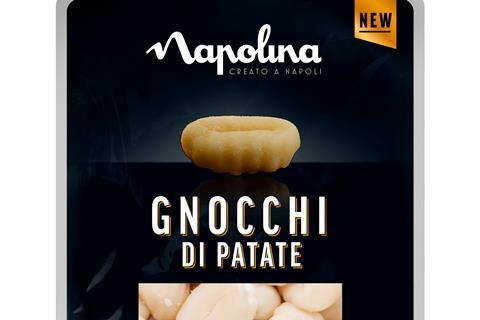 Napolina Gnocchi | Launched: October 2019 | Manufacturer: Princes Group | As cheap own-label pasta drives most of the growth in the market right now, Napolina says it’s up to brands to maintain value with premium products. Enter these traditional potato dumplings (rsp: £2/500g), which rolled into Sainsbury’s earlier this month. The brand says the gnocchi is perfect with tomato sauces and takes just two minutes to cook. The product was launched alongside new egg fettuccine and pappardelle lines, which also carry rsps of £2 for 500g. 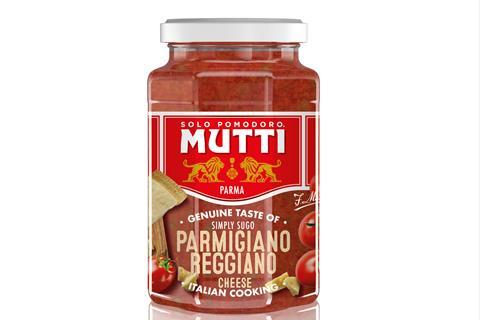 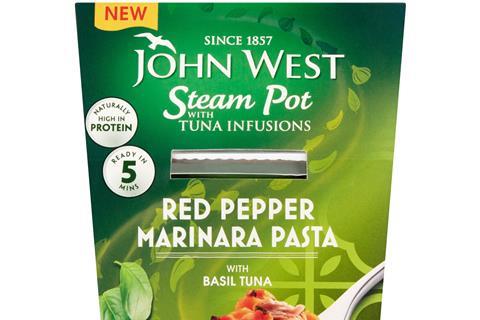 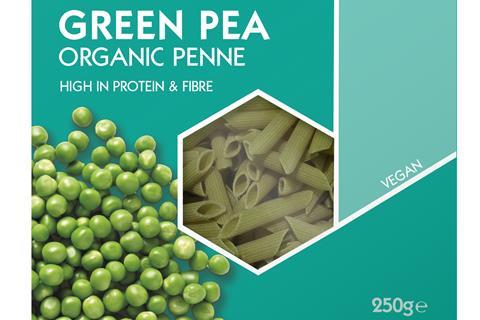