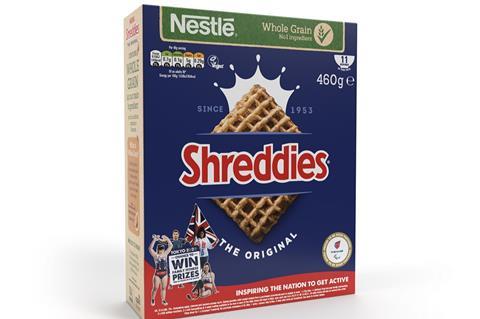 Shreddies has bucked the trend for shrinkflation with a packaging switch up in Tesco.

Nestlé did not offer comment when approached by The Grocer. However, it is understood the change was made at Tesco’s request.

Indeed, it means Tesco now offers the cheapest price per 100g of Shreddies of the big four thanks to the introduction of the 1.1kg pack.

The news comes as many brands have shrunk pack sizes while keeping prices the same over recent years to help mitigate rising costs.

Mars, for instance, recently shrunk the size of Twix bars used in its multipacks, The Grocer revealed this week, arguing it had been “absorbing the rising costs of raw materials and operations for some time, but the growing pressures we are facing mean that more needs to be done”.

The trend for shrinkflation goes back even further, though. In 2019, the Office for National Statistics released data showing as many as 2,529 products in UK shops had shrunk but remained at the same price between January 2012 and July 2017.

Read more: why shrinkflation isn’t the crime it’s often made out to be