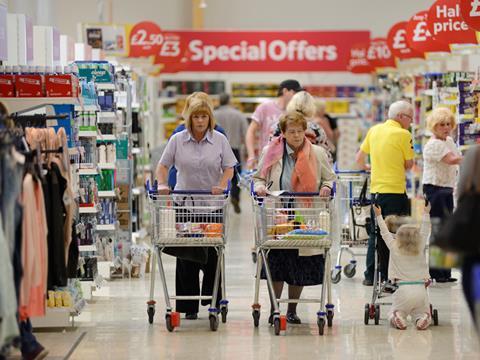 Retail sales in July have fallen at the fastest pace in over four years, according to the CBI.

The drop was more rapid than any time since January 2012, with weaker consumer confidence a likely factor following the EU referendum.

Grocery retailers were one of the main drivers of the drop in overall volumes, alongside furniture and carpet stores.

Suppliers overall recorded the quickest drop in orders since March 2009, which are expected to fall further in August.

In tandem with a weaker retail sector, wholesale volumes deteriorated at the fastest pace since April 2013 and are also expected to fall further next month.

“While conditions in the retail sector have weakened, we should be careful about reading too much too soon, as consumers were likely to err on the side of caution in the immediate period following a vote to leave the EU,” said CBI chief economist Rain Newton-Smith.

“Current low levels of inflation and high overall employment should support consumer spending in the near term, although the impact of lower sterling is likely to feed through to higher inflation over time. What businesses and consumers need now is calm and decisive leadership, a clear timetable and a plan for negotiating the UK’s future outside the EU to restore confidence.”