As a statutory review of the GCA's remit kicks off who should Tacon tackle next? 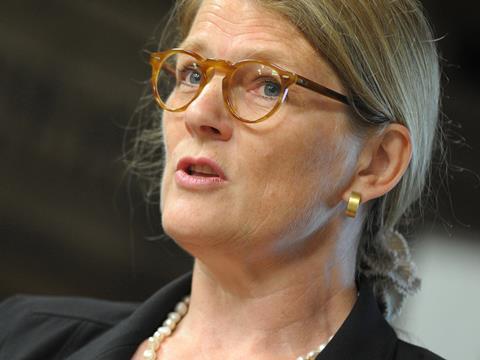 Back in January 2015, David Cameron told the Commons it was time to extend the Groceries Code Adjudicator’s role to cover “more of this vital industry”. Coming in the thick of a political crisis over milk prices, it was largely dismissed as political posturing but his words may actually come to fruition - though not necessarily in ways the former PM might have intended.

The Department for Business, Energy & Industrial Strategy (BEIS) finally began a statutory review into the Adjudicator’s remit (which technically runs out next May) alongside a call for evidence on the case for expanding it into new areas.

But, despite widespread calls to use the Adjudicator to protect primary producers, The Grocer has learnt the future model envisaged by some senior sources is very different.

This week The Grocer revealed top-level discussions with ministers about how the Adjudicator’s role could be updated to cover more grocery retailers, as well as wholesalers and foodservice giants whose sales exceed the £1bn cut-off set by the government for GSCOP compliance.

Sources have named Boots, B&M Stores, Ocado, Booker, Compass and Poundland as some of the giants that could fall under a widened remit.

The Grocer understands the GCA has received substantial evidence from suppliers relating to behaviour from companies outside its remit that might not be allowed under the Code.

And it’s not just retailers above the £1bn turnover cut-off that could potentially be targeted. One of the most high profile cases in recent times involved Holland & Barrett. In January The Grocer revealed the health food chain had demanded price cuts of at least 5% from all its suppliers, accusing them of failing to contribute to the cost of its growing businesses.

In what the Forum of Private Business described as a “smash and grab raid” on the supply chain, it even called on suppliers to pay for £3m worth of security tags and CCTV.

A source said: “At the moment there is absolutely nothing the GCA can do about this sort of evidence. It’s all just going into a black hole because the Adjudicator has no power to investigate.”

With sales of around £600m, Holland & Barrett would fall outside the current £1bn cut-off point, but “is a great example of the sort of case that would have been have been stamped on under the Code.”

In theory the Competition & Markets Authority (CMA) has the power to include any retailer under the Code if its grocery retail sales hit £1bn or above (although this isn’t automatic), meaning Holland & Barrett would be exempt (see box). But Tacon herself recently made the case for the £1bn threshold to be lowered. Speaking at the Westminster Forum in May, she spoke of retailers such as Dunnes Stores and Musgrave in Northern Ireland “who don’t come above the billion mark, but who have a big impact in that local region”.

She also suggested that foodservice companies - including Compass - should be considered for the same reason based on their impact on food and drink suppliers.

Extending Tacon’s role has clear financial advantages to a cash-squeezed government, not least because retailers fund the GCA’s activities through a levy. Extending that to the likes of Boots is, some argue, likely to be a lot easier than taking on the plight of farmers by adding 8,000 suppliers into the mix.

Ged Futter, founder of Innovative Retailing Solutions, believes the proposition is “the way forward and what suppliers want”.

Meantime, Tacon herself has repeatedly expressed frustration at being dragged before the Efra committee to give evidence on farm prices when pricing does not fall under her remit. She claims Code requirements such as customer complaints, inaccurate forecasting and variation to agreements are simply not the big issues facing farmers.

Add to that the fact the GCA currently has a staff of seven (two of whom, including Tacon, work part-time) and policing thousands of new suppliers suddenly looks a much less attractive proposition to a government looking to slash red tape.

Extending the code to cover farmers would be a “minefield” adds Futter.

But adding in a few companies to the Code isn’t necessarily that simple, as Mark Jones, senior solicitor at law firm Gordons, warns. “I think there are many dangers in this approach,” he says. “There are certainly unwelcome practices in the market and there are companies with a lot of buying power but there just isn’t the evidence to give a legislative platform.” And the suggested new model is at odds with the 2008 Competition Commission report that resulted in the creation of the Groceries Supply Code of Practice.

“The report made it very clear that all it did was look at the grocery market,” adds Jones. “What it didn’t do was look at wholesale. The Commission said it was dangerous to expand the regulation to wholesale because it could lead to the wholesaler market being distorted, Booker being a great example. It would be subject to regulation by the Adjudicator, but others in that sector wouldn’t. I think there is a danger the government is just being pushed into doing this so it can be seen to be doing something.”

Business minister Margo Jones says the government could look to extend the role of the adjudicator, even if the CMA decides it does not have sufficient evidence of competition issues in the market

Saying that, experts have warned it could take many months or years for the government to extend the Adjudicator’s remit. Indeed, if the process takes as long as it took to set up the Adjudicator, suppliers would be waiting until 2030, by which time who knows who the billion-pound players will be?