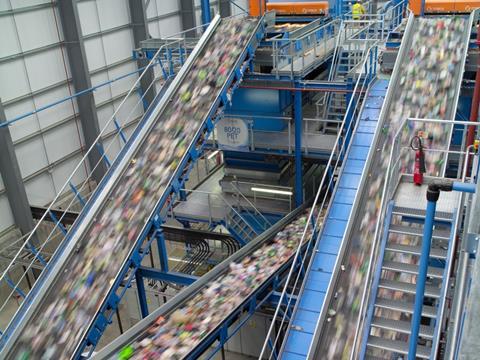 CCE is looking for new ideas to boost at-home recycling

Coca-Cola Enterprises is harnessing the power of social media to find new prototype designs for the domestic recycling bin.

The company claims levels of household recycling are failing to match consumers’ good intentions, in part because of the lack of innovative and aesthetically pleasing designs for recycling facilities in the home.

It has partnered with OpenIDEO.com, a website that has been inviting people to submit ideas on how to boost at-home recycling, including new design ideas for bins that take up less space and look better.

As the Grocer went to press, nearly 300 ideas had been submitted. CCE said it would spend the next six weeks sifting through the ideas before choosing about 20 winners. Two or three ideas will then be piloted.

A new report by experts at the University of Exeter and commissioned by CCE found more than 75% of British consumers claimed to recycle plastic bottles at home, but CCE’s own data suggested the figure for the recycling of PET bottles was about 61% on average.

“Aesthetics are a key barrier,” the report said. “The recycling infrastructure in households must be adjusted to make recycling a more viable activity.”

Franses added CCE had been interested in how The Fun Theory - a project sponsored by Volkswagen - had boosted interest in outdoor waste disposal by inventing ‘the world’s deepest bin’, which used special effects to give the impression of rubbish falling into a deep space.

“This is the sort of idea that can make recycling a fun activity which young people buy into,” he said.