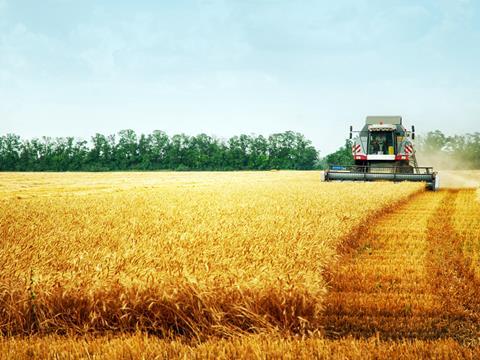 Arable crops including wheat and oilseed rape are set to take a battering from a year of extreme weather conditions at both ends of the spectrum, creating a surge in prices.

UK feed wheat prices have risen to more than £170 per tonne over the past fortnight, according to the AHDB, as uncertainty over the quality of the crop forces a spike in prices.

The lowest level of wheat carryover stocks for five years has contributed to the upsurge in prices, while the hot weather has prompted fears over the fate of the UK’s spring-planted crops as soil moisture deficits in late June hit their highest levels since records began in 1961.

Winter-planted crops were spared the worst of the heatwave as they were near maturation by the time it began to cause issues, adds Plant.

“In the UK, oilseed was nearing the end of its grain development period so the impact is likely to be softened.”

Domestic prices have held steady as a result of a 9% increase in oilseed rape planted areas, seeing prices dip £4.50 to £323/tonne for first shipments of the 2018 harvest, according to the AHDB.

But further afield, prices are set to come under pressure as total EU output looks to be significantly down this year.

Analysts for the Association of German Farm Co-operatives have predicted a 16.8% decrease in rapeseed production across the country, down to 3.6 million tonnes, compared to its harvest of 4.2 million tonnes in 2017. Meanwhile, the French crop is suffering similar difficulties, currently down 15% on 2017 following prolonged frosts, a wet spring and the impact of increased levels of flea beetle.