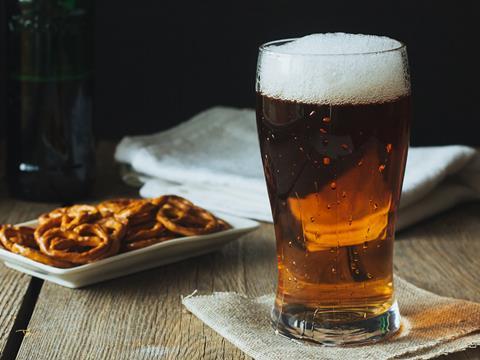 Last year’s unexpectedly hot summer across the Continent affected this season’s production, with high temperatures and a lack of rain in the latter part of summer harming development of the hop cones, leading to low supplies and a price rise to £6,231 per tonne at the end of 2015, up 32% on £4,719 a year earlier, says Mintec analyst Jara Zicha.

Production in the Czech Republic - the second-largest producer and exporter of hops in the EU - is estimated to reach 4,800 tonnes for 2015/16, down 23% year on year, with yields estimated to have fallen 24% to one tonne per hectare [Mintec].

Exports are believed to be down 10% year on year, according to Mintec, which expects production in Germany, Europe’s main producer, to fall by 26% to 28,000 tonnes.

At the same time, demand for hops has increased as lager drinkers’ tastes in mainland Europe shift away from light draughts towards richer alternatives that demand more hops, Zicha adds.

New prices for hops will be available again in August or September following this year’s harvest - but brewers in the UK remain unconcerned about the possibility of a steep rise. The cost of hops makes up a small fraction of the cost of making and distributing beer.

Nick McNally, MD of Czech beer brand Celia, says hop is “not a significant spend” and estimates the cost to be about 12% of direct materials - which also include yeast and water - and about 6% of total production. That’s before the ale leaves the brewery. Once excise duties, shipping, storage and marketing have been taken into account, hops account for such a small percentage that even a doubling in price would be no cause for alarm, says McNally.