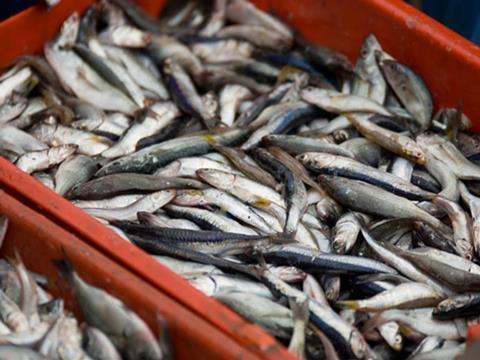 El Niño is associated first and foremost with crop problems, but the weather phenomenon could also disrupt the fish meal industry and drive up farmed fish prices later this year.

Meteorologists believe there is a strong possibility of El Niño happening in 2014, and concerns are now rising in the fish meal industry about how the phenomenon could affect anchoveta production.

Anchoveta - or Peruvian anchovy - is the world’s most caught fish species. It accounts for roughly one third of the total global fish meal production, and problems with stocks can therefore seriously impact the aquaculture sector, including farmed salmon and prawns.

When El Niño occurs, there is disruption to the upwelling of cold nutrient-rich water along the Pacific coast of South America called the Humboldt Current. This leads to a reduction in levels of plankton, which is food for many fish species in the region. Approximately 20% of the world’s total fish catch comes from these seas.

Anchoveta is particularly susceptible to changes in the Humboldt Current and anchoveta catches tend to fall sharply during El Niño events. Warmer-than-normal sea temperatures since February have already led Peruto bring this year’s first fishing season forward by a month in an attempt to reduce the effects of any El Niño.

Conditions so far this year have been likened to those that occurred before the El Niño of 1997/98, which led anchoveta catches to fall by over 70% year on year to 1.7 million tonnes. Any reduction in supply is likely to push fishmeal prices up and could make certain farmed fish more expensive, too. If El Niño does materialise, prawns and salmon could be susceptible as feed accounts for 30%-50% of their total production costs.