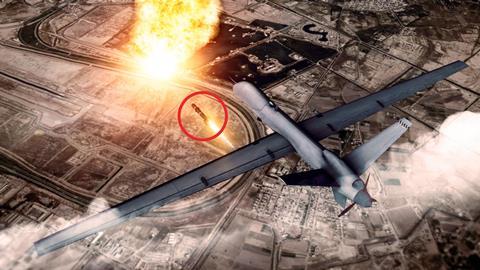 How could Iran crisis affect food and fuel prices?

Crude oil prices have spiked, and any further escalation is set to have knock-on effects on sugar, ethanol, vegetable oil and more

Are we on the brink of World War 3? Not according to political commentators, who are this week predicting a de-escalation of tensions in the Middle East following Iran’s artillery strikes on two US bases in Iraq.

In the wake of the strikes – which were a retaliation to the US assassination of Iran’s military commander Qasem Soleimani last weekend – Iranian foreign minister Javad Zarif tweeted “We do not seek escalation or war but will defend ourselves against any aggression.”

Donald Trump, speaking from the White House on Wednesday, said “Iran appears to be standing down, which is a good thing for all involved.”

Still, the ongoing risk of further conflict in the Gulf has made markets decidedly jumpy. Crude oil prices leapt 5% in the wake of Soleimani’s death, and made further gains following Tehran’s retaliatory attacks.

So what’s the latest situation with crude oil prices?

Brent oil prices surged to over $68 a barrel on the ICE in the wake of the US assassination of Iran’s top commander Qasem Soleimani, and climbed further in the wake of the country’s revenge attack on two US bases in Iraq. They have since eased back to around $65 a barrel amid hopes tensions are fading in the region. And they remain well below the peak of over $80 a barrel reached at the end of 2018, when the US imposed sanctions on Iran.

What impact would a further escalation have on oil prices?

Analysts warn the price of crude oil could more than double to $150 if the situation in the Middle East were to escalate to a full-blown conflict. That happened during the first Gulf War in the 1990s, when crude oil prices surged from around $19 per barrel in July to $34 per barrel in October [ICE] following the invasion of Kuwait by Iraq.

Some suggest a repeat of that crisis is unlikely given the differences in the structure of the global oil market today. Supplies are considerably more plentiful, driven in part by surging production on US shale fields that enabled the country to become a net oil exporter last year.

However, Iran maintains considerable influence over global oil supplies, both as the world’s seventh-largest crude oil supplier and controller of the Strait of Hormuz, through which a quarter of the world’s oil supply passes each day.

Then there is the question of Iraq, the second-largest OPEC producer and supplier of 4% of the world’s oil. Although its oil fields remain largely unaffected so far, any prolonged loss of exports could push oil prices towards $90 a barrel, Bjørnar Tonhaugen, head of oil market research at Rystad Energy, told the New York Times this week.

“If Iraq deteriorates and production declines there, there is not a lot of spare capacity in the market at the moment,” says Ryan Fitzmaurice, energy strategist at Rabobank. “The US has become a huge producer, the biggest in the world. But in terms of ramping up from where we currently stand, in a short period of time, it’s unlikely.”

Kona Haque, head of research at agricultural commodities merchant ED&F Man, believes prices will remain high as long as the existing level of geopolitical instability persists in the region. “Will another oil facility be targeted by Iran? Will there be so much instability in Iraq that its oil supply is affected? All of these things will combine to make oil supply riskier and therefore prices will go up.”

What does that mean for food and fuel prices?

The AA has already warned UK drivers to expect higher fuel prices this year. When crude oil prices rocketed to over $80 a barrel in November 2018, after Donald Trump re-issued sanctions against Iran, the cost of unleaded petrol and diesel rose by around 6ppl in the UK.

There won’t just be an impact on prices at the pump, however. Higher prices for crude oil will “ultimately impact food and agriculture prices as well”, says Fitzmaurice. 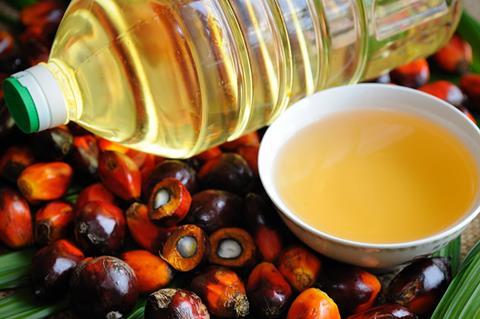 Some agri-commodity markets have already reacted to the surge in crude oil prices. Sugar hit its highest price in more than a year on Monday [13.73 cents/lb, Nasdaq], in anticipation of Brazil’s expected decision to capitalise on rising fuel prices by diverting more sugar cane into biofuel ethanol.

The price of ethanol has exceeded sugar for the past two years, a pattern further tensions with Iran will only encourage. “In order to solve this deficit the price is going to have to rise a bit higher so sugar prices will move up in 2020.”

Palm oil is already trading at a premium after the market surged nearly 44% in the final quarter of 2019, with dry weather in Malaysia and Indonesia leading to declining stockpiles and an expected fall in production at the start of 2020.

Thankfully, it appears both Washington and Tehran have signalled a desire to avoid further conflict. That might be in part due to China’s call for “calm and restraint in the region”, analysts suggest. “Further deterioration of the situation is not in the interests of any country,” China’s foreign ministry spokesman Geng Shuang told a press briefing on Wednesday.

Since the US enforced its crippling sanctions, Iran has turned to China as its leading trade partner, providing Beijing with valuable leverage. Trump, meanwhile, is on the verge of signing a new trade deal with China that would bring an end to punishing subsidies on US exports to the country.

Right. So what impact would a China-US trade deal have on prices?

Although details of the new US-China deal are yet to be announced, markets expect significant increases in China’s obligatory US purchases with some predicting a 60% increase on pre-trade war levels.

It will be an immediate relief to US producers who developed wheat and soy surpluses last year. “It has been a dog in terms of prices for a long time,” says Michael Magdovitz, commodity analyst at Rabobank.

A trade truce between the US and China will also please British buyers. After imposing subsidies on US exports last year, China was forced to turn to alternative markets, with huge implications for global trade flows.

The price of Brazilian soy, for example, surged after China significantly upped demand. If China switches back to US supplies, a sizeable surplus will quickly become available. 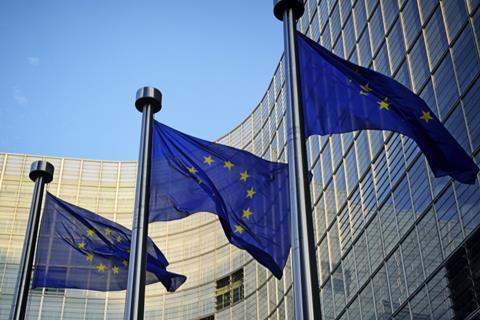 The risk of a cliff-edge Brexit could return this year

What else could affect food prices this year?

As Boris Johnson prepares to face down the EU, Britain’s own trade negotiations will also play a role in food prices this year.

In a visit to Downing Street this week, EU Commission president Ursula von der Leyen reiterated her concerns that the existing Brexit transition period would not provide enough time to reach a comprehensive EU-UK trade agreement.

If negotiations go badly, there could be further devaluation of sterling, warns Haque at ED&F Man. “The pound will be volatile depending on how each negotiation goes,” she adds. As a net importer of food, the UK is “more vulnerable than the average country in terms of food costs and import costs”.

With Johnson adamant he will stick to his guns, the risk of a cliff-edge Brexit could return this year.

With political tensions running high both globally and at home, the industry should be braced for a volatile year.