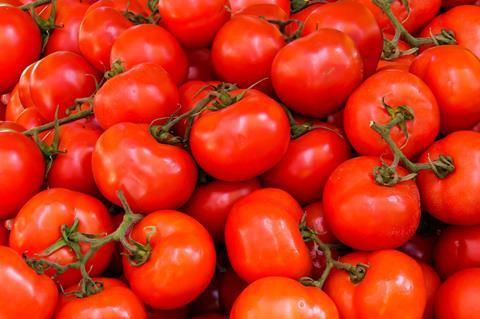 Suppliers are facing price increases of around 25%

Suppliers are facing price increases of around 25% for Italian tomatoes after crops were hit by unseasonable weather earlier this year.

Italy is the UK’s biggest supplier of tomatoes for food processing. The price of its tomatoes in the third week of August 2019 increased 23% week on week to £1.87 per kg, Mintec data shows. The year-on-year price was up 26%.

Planting in the south of Italy was also delayed by spring rains, meaning across the country “only 13% of the forecast was harvested by mid-August compared to 26% during the same time in 2018” said Mintec analyst Rutika Ghodekar.

“However, the harvest of the late crop starting in September is estimated to be high - subject to weather conditions.”

Mintec estimates Italy’s total tomato harvest in 2019 will be 4.85 million tonnes. While yields were currently below expectation, “the quality of the harvested produce is good” Ghodekar said.

Karn Khera, purchasing director for KTC Edibles, warned of “a very challenging Italian tomato season. Demand is expected to remain strong and, with very little carryover stocks from the last crop, there is now a real shortage.”

While KTC had “managed to negate any supply shortages”, the continued weakness of the pound and the impact of Brexit “could have a major impact on all importers” Khera said.

A spokesman for Mutti said the brand was “expecting inferior yields per hectare” but was “working hard to ensure that there will be no disruption to our customers”.