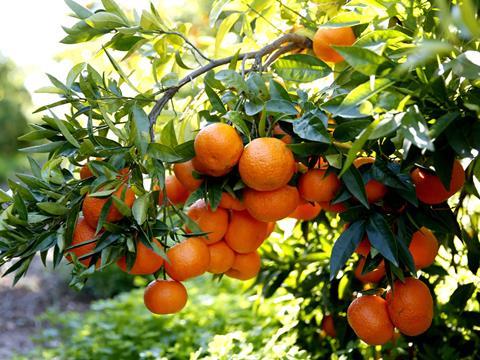 EU orange prices have risen 13% year on year to sit at an 18-month high of €97.99 (£70) at the end of July [Mintec]. Lower production expected for the coming November harvest - forecast to fall 14% to 5.7 million tonnes compared with the previous season - is a chief driver.

A lack of rainfall earlier in the season and record temperatures across Europe in June and July, including Spain’s main orange-producing region of Valencia, have reduced fruit yield.

“Juice processors will find it hard to secure fresh fruit for production,” says Mintec analyst Lili Gonzalez. “As a result, orange juice production in the EU is forecast to be 18% down from last season at 91,000 tonnes.”

The continuing strength of the pound versus the euro is shielding most UK producers from the hikes in price already seen and potential rises to come. But smaller companies relying on whole oranges to produce freshly squeezed products could still be hit hard, says Jason Kerr, head of product and innovation for Fuel10K and Fresh Marketing.

“These smaller producers are bringing tote bins of whole orange in from the EU and squeezing themselves, so a ­reliable and as local a supply as they can get is important,” he adds. “[Larger brands] would probably be sourcing single-strength OJ through Rotterdam in bulk tanks, and would not necessarily be limited to EU fruit. I would expect they will be buying from Brazil and the US as well.”

Prices in these markets have remained competitive as they try to get rid of high inventories and struggle with declining sales for juice, adds Alan Leal, director of purchasing at processed fruit supplier Cobell.