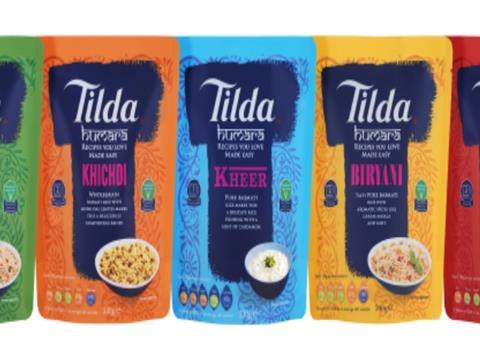 Credited with being the first company to bring basmati rice to the Western world, Tilda was founded by the Thakrar family in 1972 and started out by selling basmati to the Asian community who had immigrated to the UK in the late sixties and early seventies.

Tilda director Shilen Thakrar said the business needed to join with a company with the size and scale of Hain Celestial to realize the full potential of its rice brands.

“We have an enviable reputation for continuous innovation and have brought many successful new products to the market,” he added. “The global market for basmati rice has grown strongly over the last several years. At the same time, the growth in the ready-to-heat market has also been strong.”

“Tilda is an important part of Hain Celestial’s worldwide expansion to offer organic and natural products to a global consumer base,” said Simon.