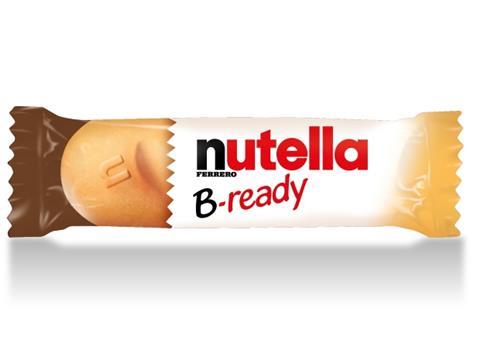 Ferrero is bringing Nutella biscuits to the UK.

Nutella B-ready has rolled out in single serve and multipack SKUs, following “tremendous” success in international markets and a UK trial period in select c-stores (rsp: £0.56 - £1.99).

Its UK trial, which saw it ranged at tills in convenience outlets, had proved “incredibly successful,” he added. “We also found that merchandising the single serve product separately to the multipack drove incremental sales.”

Ferrero is readying a £2.8m push behind the biscuit, which kicks off from September and will include TV, video-on-demand, out of home ads, social and in-store media as well as fresh PoS materials.

It comes as Ferrero has unveiled a spate of NPD for the coming months, including the addition of two new variants to its Golden Gallery range and new seasonal selection boxes for Thorntons.

New monster-themed packs will roll out across its Choco-bons range for Halloween, backed by a £1.1m TV campaign during October.