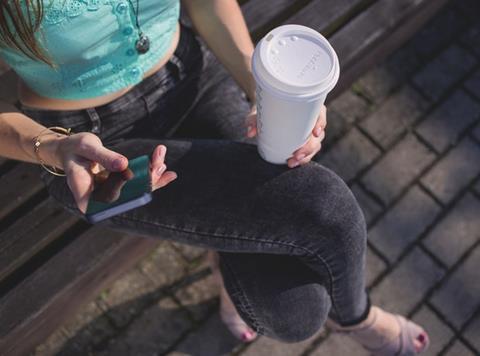 There is limited data on safe levels of coffee for children, which is why Costa’s decision has left the industry puzzled

How did the hipster burn her tongue?

She drank her coffee before it was cool.

It’s a smashing joke – and one that’s kinda zeitgeist-y. Because coffee is very trendy right now. How do we know? Well, it’s steaming along in the mults. And all the kids are drinking it. They love a cup of joe!

At least, that’s what one might assume given this week’s news highlighting Costa’s service policy. The coffee chain has since the summer reserved the right to refuse to sell java to youngsters.

“We do not encourage the sale of caffeine to children under 16, and it is at store discretion to question a customer’s age if they have any concerns,” it says.

That’s fine. No discrimination laws are being broken, and one might argue it’s judicious given the ongoing concerns about the effects of caffeine on teenagers’ health.

Opinion: McDonald’s could have a winner on its hands with humble, straightforward coffee

Certainly, the British Coffee Association supports Costa, advocating for coffee consumption by grown-ups only. “From a scientific perspective, this makes the most sense,” it says – because while “research has shown, time and time again, that coffee consumption is safe for adults”, there are no similar findings concerning children. Indeed, the European Food Safety Authority conceded in 2015 there was a limited amount of data on safe levels for children.

Which is exactly why not everyone’s on board with Costa’s decision. One senior industry source confessed to being “somewhat puzzled” about the “ultra-cautious” policy. “It’s good to be seen to care. But shouldn’t business protect choice? Otherwise, prejudice will lead to unnecessary restriction.”

Another big question is ‘why now’? Costa wouldn’t say. Nor would it explain why it had chosen coffee/caffeine as its focus rather than any other potentially unhealthy array of products it sells – like cake, pastries, sugary drinks or other goods with greater teen-appeal than a skinny latte.

So could this be the start of a clampdown on foodservice coffee in the vein of grocery’s adults-only take on energy drinks? It’s hard to say – not least because Costa’s policy, while laudable, is discretionary rather than mandatory. Plus, Starbucks and Caffè Nero are staying tight-lipped, while Pret a Manger told the Daily Mirror earlier this year it doesn’t have a policy.

With the topic of caffeine and kids so cloudy with uncertainty, what the sector needs most right now is clear guidance on which direction to head.