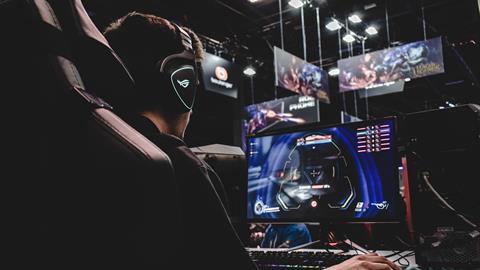 Game on: why fmcg is making a serious play for gaming and esports

Gaming is booming – and fmcg brands want a slice of the action.

In recent months, major grocery brands have been falling over themselves to strike eye-catching deals with gaming franchises, esports organisers and professional gamers.

Grocery’s interest in gaming, of course, isn’t new. But it’s accelerating. Gaming and esports advertising experts report growing interest from non-endemic sponsors (that’s gaming industry speak for companies not involved in producing games or gaming equipment), much of it led by fmcg. And crucially, that interest is starting to extend beyond the more typical energy drinks and snacks brands.

So why are gamers shaping up to be such an attractive demographic for grocery? And what are the main opportunities for fmcg brands?

The numbers say it all. Gaming is huge business.

Added to that is a booming esports sector growing at 26.7% year on year and set to generate $1.1bn this year, thanks to a growing global audience that wants to watch professionals play games online or cheer them on in person at live esports tournaments.

But it’s not just the size of the market that’s putting gaming on the map. What’s really grabbing industry execs’ attention is the level of engagement they can get via gaming and esports – and the demographic spread.

Gaming and esports have long been seen as great vehicles to reach young, digitally savvy (and mostly male) consumers whose media habits and use of ad blockers have put them out of reach for most traditional advertising formats.

It’s why the likes of Monster, Red Bull, PepsiCo and Coca-Cola have been heavy investors in the sector for some time, and why companies like Hershey are announcing  they’re cutting linear TV spend in favour of esports.

What’s new is a growing awareness that brands cannot just reach young men this way. As the gaming market has matured, its demographic profile has shifted away from the stereotypical teenage gamer to also include older gamers with plenty of disposable income.

Growing interest in gaming and esports from alcoholic drinks companies such as Kraken rum, New Belgium Brewing and Germany’s Warsteiner is testament to that.

Crucially, the demographic shift has also brought in women. Lots of women.

In an exclusive survey for The Grocer, conducted by Harris Interactive, 42% of UK women said they played video games. Female gamers also account for 46% of so-called ’gaming enthusiasts’ – a group characterised by their love of all forms of gaming – and for formats such as mobile gaming the gender split is now 50:50 in the UK.

Gaming is getting social

What’s more, the rise of esports has brought a highly social, live events component to the gaming market that’s opening up new ways for brands to reach a passionate and engaged audience. There are players to be sponsored, teams to be kitted out and merchandise to be sold, for example.

Plus, gamers’ desire to come together and watch gaming in a live environment is creating new opportunities for face-to-face marketing and physical retail.

Red Bull, for example, opened a physical gaming location in London’s Shoreditch last year, while in the US Walmart has freed up some of its in-store space to become esports arenas. Meanwhile, Sports Direct’s acquisition of Game has raised the prospect of esports arenas and concessions in House of Fraser stores. 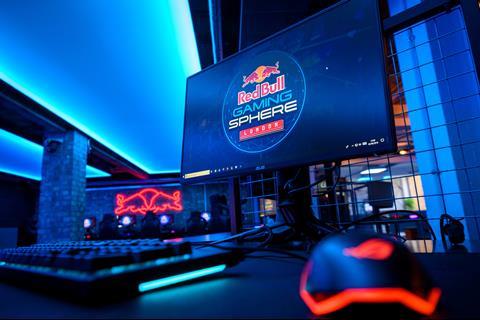 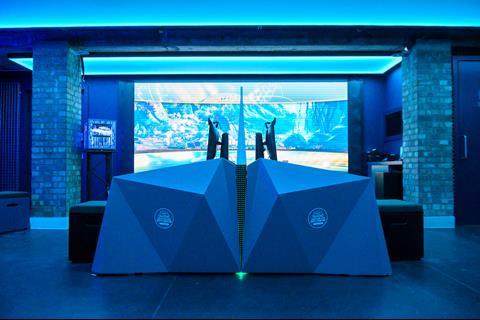 The venue has been designed as a multi-purpose facility, with a modular setup that allows for bespoke configuration to suit any gaming occasion. 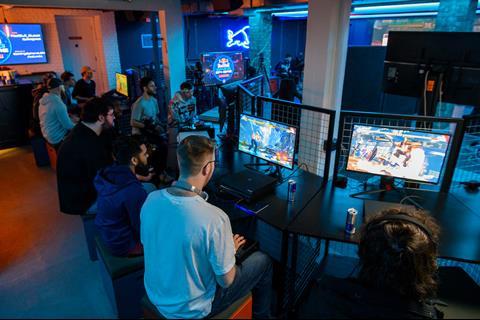 The public-access studio - the largest in the UK - is acting as a hub for the UK’s gaming and esports communities, offering a stunning venue kitted out with state of the art gaming technology and a packed schedule of events. 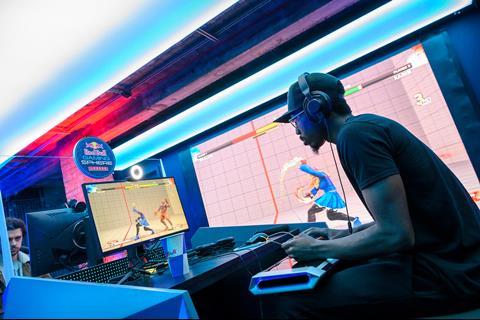 In addition to participation tournaments, guests have opportunities to meet and play with their esports heroes through workshops or one-on-one activities, with in-house leaderboards to track challenges to the finest players from around the UK. 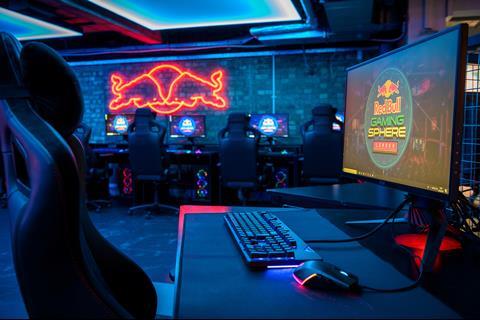 Red Bull says the Gaming Sphere fits within its global gaming strategy, which is to provide a space for both casual and elite gamers to level up their skills for both fun and competition.

Another factor driving interest from fmcg brands in gaming is the rise of gamers who spend lots of hours playing but don’t consider themselves ‘gamers’.

Focused largely on free smartphone games, this group includes many women with children. According to IAB research, UK mothers spend an average of eight hours a week gaming, primarily on their mobile phones.

It’s this insight that has seen a slew of grocery names not typically associated with gaming – think Bold, Radox, Starbucks and Iceland – develop their own branded mini games and shift video advertising spend towards gaming.

“Fmcg brands are starting to realise their core audience, the female main shopper, is here in spades,” says David Cleave of gaming advertising sales house Venatus Media, which has worked on campaigns for Unilever, P&G and Aldi, among others.

In pictures: the grocery brands going after gamers 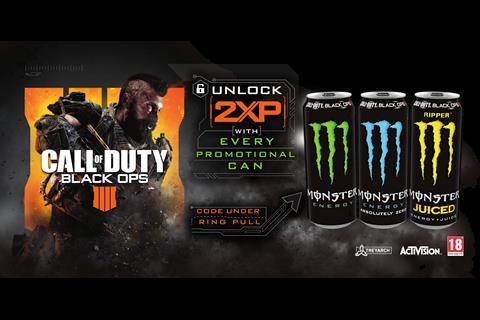 MONSTER x CALL OF DUTY | The energy drinks brand is a long-time supporter of the gaming and esports communities. Its recent tie-ins include a promotion with Call Of Duty, Black Ops 4, where fans could collect codes for gaming currency from Monster cans. 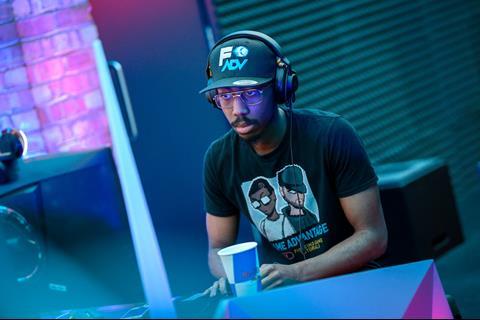 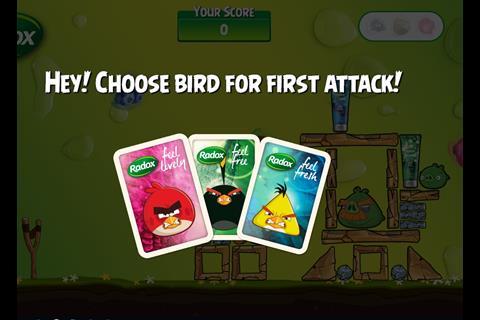 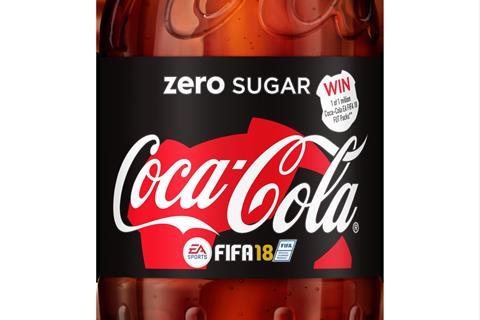 COCA-COLA x FIFA | CCEP teamed up with EA Sports’ FIFA World Cup 18 game for a promotion that saw codes printed on promotional packs of Coca-Cola Classic and Zero Sugar, which could be used to unlock exclusive in-game content. 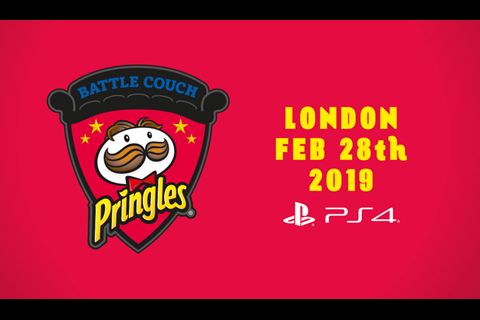 PRINGLES BATTLE COUCH | Pringles UK staged a gaming tournament with 100 PlayStation players earlier this year, who battled it out on a 70m-long Pringles-branded sofa aka the Battle Couch. The event was also live-streamed on Twitch. 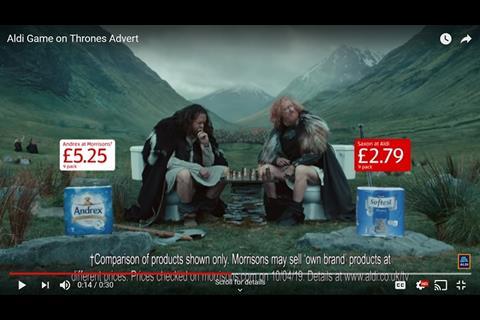 ALDI GAME ON THRONES | The discounter is one of a growing number of fmcg advertisers targeting gamers through so-called ‘rewarded videos’. Its Game on Thrones ad – a tongue-in-cheek price comparison for toilet paper – was available to be played by gamers on request, in exchange for in-game rewards. 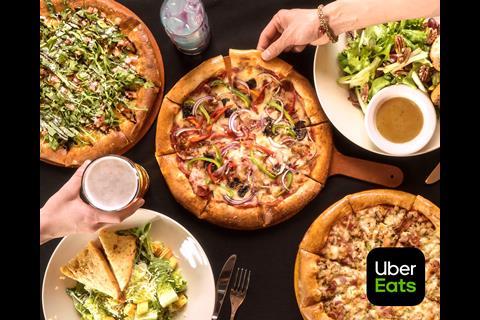 UBEREATS x NINJA | Takeaway foods are a popular choice with gamers, with pizza emerging as the second most popular gaming snack in our survey of UK gamers. So it’s no surprise to see Ubereats sense an opportunity and partner with Twitch streamer and Fortnite player Ninja, offering his fans a 25% discount code on orders.

For brands trying to reach non-gamer gamers, ‘rewarded video’ is a key format. It involves video ads that the gamer (typically on a mobile phone) can choose to watch in return for in-game rewards. The advertiser’s message is then reinforced at the end of the game with a special end card.

“Because there’s a clear value exchange that gamers understand, they are very positive towards the format,” says Cleave. “We’re seeing completion rates of 97%. It’s one of the strongest formats in the industry right now.”

What about food and drink specifically for gaming?

Snacking and refreshment are serious business for gamers.

When gaming publication PC Gamer asked ‘What is the absolute best gaming snack?’ last year, it sparked a surprisingly heated debate about the relative benefits of jelly beans, seedless grapes and chilli peanuts.

Indeed, our survey with Harris Interactive suggests 35% of UK gamers buy food and drink specifically for playing video games. This figure rises to as much as 55% for gamers aged 18 to 24. 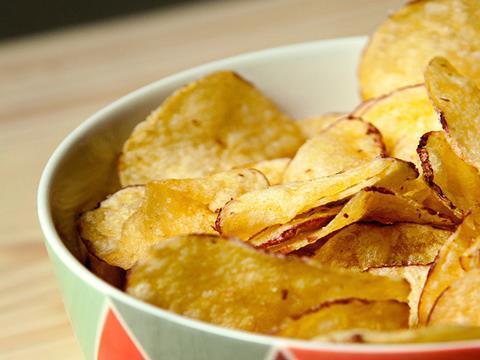 Crisps are the top snacking choice for UK gamers, with 69% saying they sometimes buy crisps for gaming and 20% naming it as their number one gaming snack

And while 43% of gamers in our survey say they have bought food and drink in the past 12 months because it offered a promotional tie-in with a gaming franchise, our findings also suggest core product attributes such as flavour, convenience and value for money are what matters most to this demographic.

Given the mental demands and hands-on nature of gaming, functional benefits also feature heavily among gamers’ considerations. This is one of the reasons energy and other caffeinated drinks have been so successful in capturing gaming audiences, says Beckett, but the desire for functionality also extends to non-messy textures and coatings that are easy to eat and won’t leave sticky residue on controllers.

“The secret to a good gaming snack is cleanliness,” one gamer told PC Gamer during its snacking debate. “That means no cheese dust, salt, sour powder or anything else that’s gonna gunk up your keyboard or leave streaks on your mouse.” 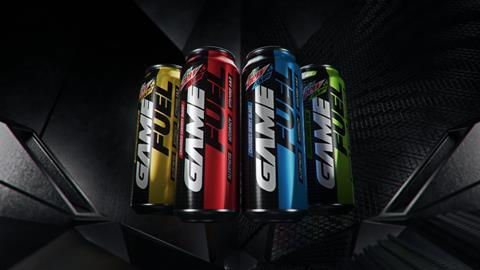 Convenient packaging is a further important factor. When PepsiCo revamped Game Fuel, an energy drink targeted specifically at gamers, in the US last year, it made a point of highlighting the can’s “re-sealable lid that helps keep the beverage cold and fresh longer” as well as its “no-slip grip texture similar to gaming hardware”.

A growing opportunity for health-focused brands

While health is not yet a major concern for gamers when choosing gaming foods (just 12% say health credentials are important to them and only 15% say healthier options would make them buy more food and drink for gaming), experts like Beckett at Mintel see potential for health-focused fmcg brands in and around gaming.

This is partly because there’s growing debate about the public health implications of the world’s gaming habit, including around excessive caffeine consumption, more sedentary lifestyles and concerns about eye health. In 2018, the Chinese government temporarily stopped issuing new video game licences in a move linked to fears about myopia in children. 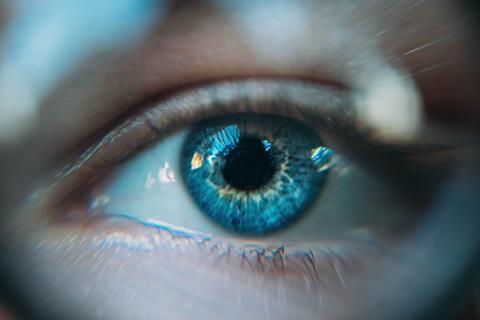 Gaming’s impact on eye health is far from clear-cut; some studies even suggest it could improve vision. But concerns among some regulators are rising.

Brands that directly or indirectly address such concerns, be it in the form of natural alternatives to high-caffeine energy drinks or health claims linked to vision, could be on to a winner, believes Beckett.

He cites Olympus Labs’ Elix1r nootropic supplement, which is being marketed as a focus enhancer and alternative to energy drinks for gamers, as an example of a brand already tapping this trend, and also points to Overhit Blue Potion energy drink from Korea, which is marketed to gamers and comes in heavily gaming-inspired packaging.

At the same time, fmcg brands need to keep in mind that health remains a niche concern for many gamers and products need to deliver first and foremost on the fundamentals.

“If a healthy food or drink brand can provide these in a healthier product for gamers, then they may have a chance of success,” says Celia Ward, senior research executive at Harris Interactive.

“However, the current most purchased foods for playing video games are crisps, pizza, sweets and cakes and biscuits, so brands should be aware that a healthy product could be quite a different proposition to these popular types of foods!”