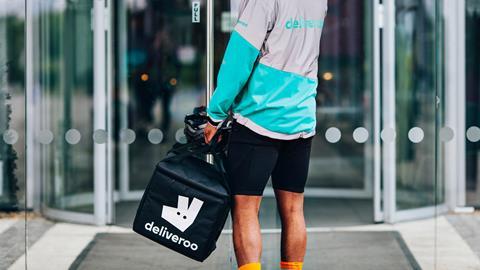 Britain’s takeaway addiction is paying off. If you’re a savvy online operator, that is.

This morning’s rocketing results from Just Eat – boasting a 45% rise in revenues – are hardly a one-off. At the end of last year, Deliveroo reported a doubling of its sales. Uber Eats is proving so successful that it is rapidly expanding its geographical coverage.

Forget the hassle of cooking from scratch – or cooking at all. It seems us Brits can’t get enough of food delivered right to our doors. As Uber Eats told The Grocer earlier this year, the takeaway is no longer a Friday night treat. “We’re starting to see consumers order more during the week,” said head of marketing Henry Harding. “Tuesday is the new Friday.”

The Tuesday night blowout is all well and good for the takeaway specialists. But, so far, supermarkets have struggled to reap any rewards.

Yes, there have been a few trials here and there. Sainsbury’s opened a Zizzi pizza counter in its Balham branch, with the option to have your order couriered by Deliveroo (that the counter has since shut down says it all). Asda is dabbling in a tie-up with Just Eat across selected stores. It’s hardly big bang stuff, though. And there remains a question over whether supermarkets can really compete against established, specialist takeaway operators.

Look towards China, though, and that answer is a resounding yes. There, tech-savvy consumers can get a few groceries zoomed over to their doors when there’s nothing left in the fridge. The boundaries between foodservice and grocery are heavily blurred, if they exist at all.

Of course, China is a different market to the UK. Most notably, two of China’s largest e-commerce operators – Alibaba and JD – have equity stakes in the six largest grocers in China. So it makes sense for them to capitalise on those partnerships by integrating grocery delivery with the more lucrative area of foodservice delivery. The Chinese are also used to shopping for smaller baskets of food, rather than a big weekly shop. (While that is happening to some extent in the UK, we’re used to online shopping orders being a minimum of £40.)

But analyst Bernstein, which produced its report on the Chinese market last month, believes there is potential for this model to come to the UK. Crucially, it believes it could be profitable with scale.

The rise of one-hour delivery services offers a glimpse into how this could work. We already have Tesco Now, Sainsbury’s Chop Chop and now Ocado Zoom.

Still, what these services do show is an ability for supermarkets to cater for the on-demand crowd. As consumers expect everything faster, this type of proposition could become increasingly important to grocery. So if the supermarkets can get their offer right, there may just be room to take a bite out of Britain’s takeaway addiction.