Shoppers on the hunt for deals ahead of big Christmas shop 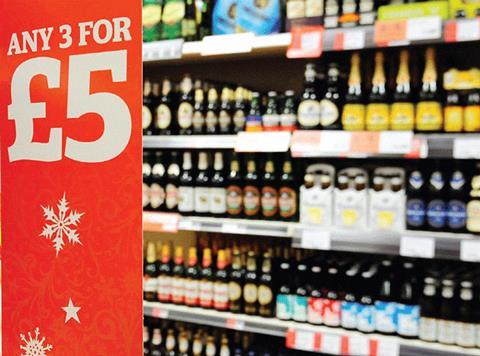 Shoppers are as deal-hungry as ever this Christmas, despite recent supermarket moves towards everyday low pricing, a new survey has shown.

In research commissioned by coupon experts Valassis, 42% of shoppers said they were on the lookout for promotional offers for the festive supermarket shop.

The percentage has increased in recent years from 38% in 2015 and 2014 when similar surveys were carried out.

Nearly half (46%) of all shoppers agreed that they spent more time at Christmas seeking out promotions to ensure they kept within their budget, up from 42% in 2016.

Supermarket two-for-one offers came out as the most popular promotion, with 48% of consumers saying they would entice them to shop away from their main supermarket over the festive season - an increase from 43% last year.

The online survey of more than 2,000 shoppers conducted by GfK NOP from 20 to 24 October found 16 to 24-year-olds were the most motivated. More than half (57%) cited two-for-one offers as a reason to switch retailer. They beat everyday low prices (43% of shoppers) and coupons and vouchers (favoured by 42%).

Promotions influenced not only the supermarket that shoppers frequented, but also the products they bought.

Nearly half of shoppers (48%) agreed that relevant product coupons swayed their decision on the brand they bought, while 44% described themselves as someone who actively sought out coupons and vouchers before a supermarket shop.

Valassis said its survey showed consumer loyalty to one supermarket was long gone, with only 16% of consumers stating they would not shop away from their main supermarket this festive season, down from 21% last year.

The “deep discounters” looked in a particularly strong position, with 28% planning to do their main festive shop at Aldi, up from 25% last year, and 27% at Lidl.

“With the array of supermarkets being within easy reach of most shoppers, it has never been easier to cherry-pick the best deals. Perhaps the financial crisis of 2007 created a permanently more promotionally savvy shopper,” said Valassis managing director Charles D’Oyly.

“Our research suggests, more than ever before, that deep discounters, two-for-ones, vouchers and coupons have the strongest influence over the festive food shopping contest this year.”