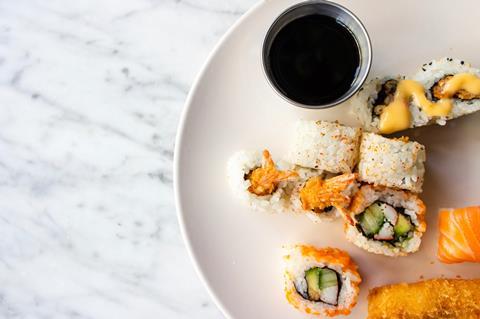 Sushi is still the most expensive category in food-to-go, with an average price per pack of £5.29

While average prices for sushi have fallen by 69p this year, it is still the most expensive category in food-to-go, with an average price per pack of £5.29. That compares to £2.82 per pack for salads – the next-dearest option.

Meal deal or no deal? Food to go category report 2019

Sushi Daily CMO Steve Flanagan blamed the decline on lower-quality options driving shoppers out of the sector. “It’s not about cost, it’s about value,” he said. “If the product is good enough, shoppers are willing to pay for it, but there is so much competition now in food-to-go that shoppers will swap out of sectors if they have a bad experience, particularly if the product costs more.”

But while sales of traditional pre-packed sushi were in “significant decline” Yo CEO Richard Hodgson said demand for more upmarket, fresh options was on the rise.

“Once you’ve tried fresh you don’t go back,” he said. After acquiring sushi manufacturer Taiko in April 2018, Yo is set to roll out new Yo-branded pre-packed sushi in Sainsbury’s from January.

Its new Yo concessions in Tesco are also opening at a rate of three a week since the September rollout of a trial. Hodgson predicted Tesco could have 700 by the time it’s done. Sushi Daily has grown its concessions business by 2.5%, added Flanagan.

Itsu marketing director Jemima Ferguson said its sushi sales were up 6.9% thanks to “new flavour combinations that are influenced by trends” and “offering main dishes that are affordable as an everyday food-to-go option”.