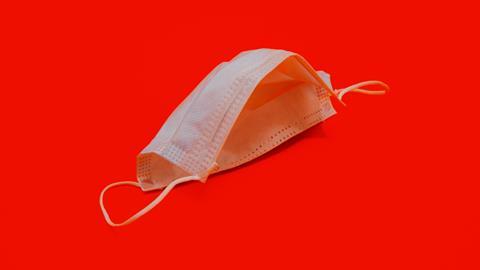 The Shopper Shrink: how wearing masks will change how people behave in supermarkets

Dr Paul Marsden is a chartered psychologist at Brand Genetics and UAL, specialising in consumer behaviour. Each month, he’ll be tackling a new phenomenon impacting the psyche of the nation’s shoppers and explain the psychology behind their activity, habits and quirks.

Last month, shoppers in England were asked to wear face coverings in shops and supermarkets or face a fine of up to £100. As retailers wrestle with how to police and enforce the new legislation, here are two shifts in shopper behaviour they need to look out for.

Expect a jump in shoplifting

Of course, you don’t need a psychologist to tell you masks can provide shoplifters with an extra veil of anonymity, emboldening them to steal more, more often. But it turns out masks can also have a powerful effect on the wearer’s mind, making them more likely to transgress rules and norms. For example, in one famous experiment conducted by psychologist Phillip Zimbardo, people wearing masks were more likely to inflict pain – via an electric shock – to strangers.

Explanations differ, but psychologists believe masks can have a dehumanising and deindividuating effect on the wearer that makes them feel less responsible for their own actions. When you steal wearing a mask, it’s not you, it’s the mask. Psychology aside, watch for more masked shoppers forgetting to self-scan items at the supermarket checkout.

So, put on a scientist lab jacket, and tests show you’ll become more observant. Throw on a nursing scrub, and you’ll be kinder and more helpful. Put on formal wear, and you’ll think more formally, Don a luxury label, and your attitudes will shift to the right. Or throw on some counterfeit gear, and you’re more likely to cheat. Just don’t take a maths test in beachwear, because you’ll underperform. The clothes need to match the task.

Enclothed cognition means the physical sensation of wearing a mask is likely to act as a constant reminder to shoppers that they are living through a pandemic and that their health is under threat. So, expect shopping baskets to reflect elevated health anxiety, as mask-wearing shoppers do what mask-wearing people do – watch out for their health. Specifically, look for another jump in vitamin and health supplements sales, for more shopping motivated by the need to protect and promote health, and for a general acceleration of the healthy eating trend.

Of course, the psychology of masks will not be the only thing at play with the new legislation. As the coronavirus crisis evolves from a health shock into an economic aftershock, more shoppers will also be shopping with value and price in mind. But by preparing for a jump in shoplifting and healthier options in the sopping basket, mask psychology can help retailers stay one step ahead of the masked shopper.