Third of consumers 'would buy' CBD-infused food and drink

A third of UK consumers would buy food and drink products containing CBD, according to exclusive research commissioned by The Grocer.

A survey of more than 1,000 shoppers, carried out by Harris Interactive, reveals that 33% would consider using a product that contains the non-psychoactive part of the cannabis plant, while 28% would be interested in a CBD-infused soft drink, such as what Coca Cola is rumoured to be developing with Canadian firm Aurora Cannabis.

This willingness to try the ingredient is despite the fact that 36% mistakenly believe CBD can get you ‘high’ and nearly half (42%) are unsure what is meant by CBD.

“There is clearly confusion about the product,” said Lucia Juliano, head of fmcg and retail research at Harris Interactive. “With CBD products already being sold in the UK, it is important for manufacturers, brands and retailers to ensure that they are clear on the features and details of their products. Confusion over what CBD is could contribute to uncertainty over future purchase.”

There are also “differing opinions amongst consumers on the exact rules and regulations of CBD sales”, she added. Nearly four in 10 (38%) said they were aware it is legal to sell CBD in the UK. However, nearly half (49%) believed CBD sales should be limited to ­prescription-only products.

The supposed health benefits of CBD have been widely publicised. A report by the World Health Organisation in 2017 revealed it could help to treat anxiety and depression, as well as symptoms for a number of other illnesses including Alzheimer’s Disease and multiple sclerosis. The majority (60%) of those surveyed said they were aware of these.

This article is part of our latest trend report: Is CBD the next growth market in grocery? which investigates the opportunites and obstacles for retailers within the burgeoning CBD industry.

What does the UK really think about CBD?

28% of people would be interested in a CBD soft drink 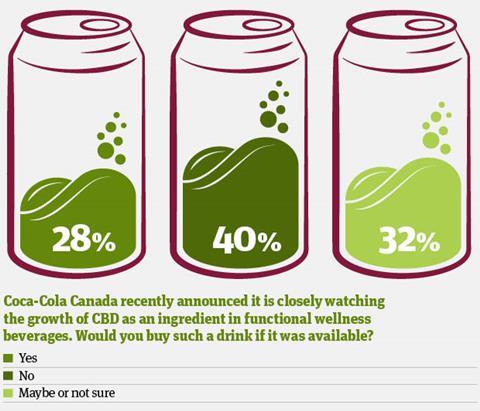 Nearly half (42%) are unsure what is meant by CBD 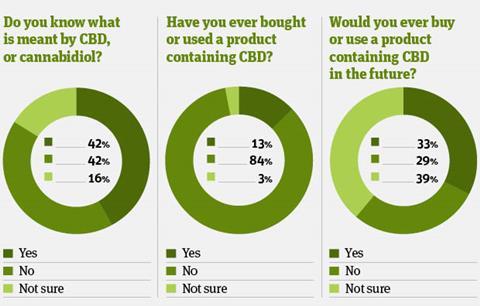 36% mistakenly believe CBD can get you ‘high’ 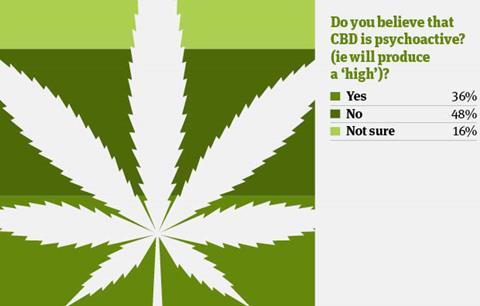 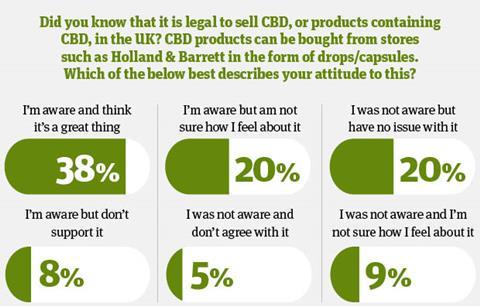 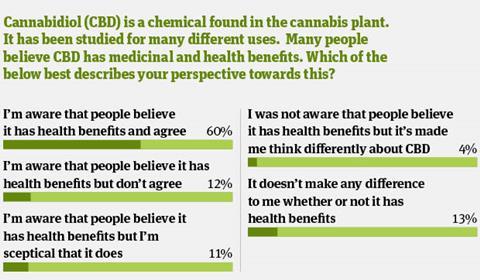 Read more: Is CBD the next growth market in grocery?