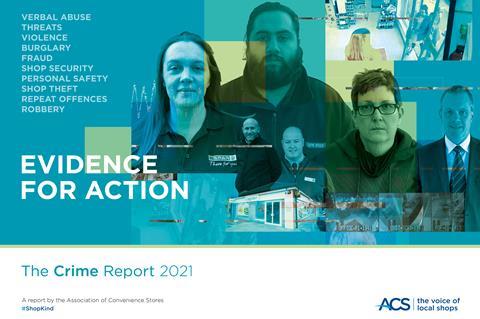 Almost 400,000 shopworkers suffered from verbal abuse over the past year

Convenience store staff across the UK faced a rising tide of abuse last year as they sought to keep the nation fed, as well as themselves and customers safe, during the coronavirus crisis.

The ACS 2021 Crime Report, which launched today, revealed that 400,000 staff were subjected to verbal abuse, an increase of 6% on 2019. In total there were 1.26 million incidents of verbal abuse directed at convenience store workers in 2020.

The ACS said the main triggers for this abuse were staff reminding customers to wear face coverings, enforcing social distancing, restricting numbers of customers in store at any given time and asking shoppers to remove face coverings in order to verify their age.

“Customers have threatened to cough on colleagues and ‘give them coronavirus’ and further threats of assaults because people have had to queue to enter stores, social distance or simply because they do not have a specific product,” said Central England Co-op loss prevention manager Craig Goldie.

Staff have also faced 40,000 cases of physical violence, with over one in four involving a weapon, such as a knife, hammer, axe or syringe.

This dropped from 50,338 incidents in 2019, which the ACS said could be attributed to new Covid-19 secure measures such as Perspex screens and the trend towards shoppers visiting convenience stores less but buying more per visit.

This figure, combined with the £175m retailers spent on crime prevention measures such as CCTV, external security staff and intruder alarms, equated to a 5p crime tax on every transaction, said ACS.

Despite the reduced shopper numbers, incidents of theft remained the same at 1.1 million.

“Over a million shop thefts and incidents of violence and abuse aren’t just big numbers, each one is a crime that has a personal impact on retailers and their colleagues,” said ACS CEO James Lowman.

“For so many people in local shops to have suffered this kind of abuse, just for doing their jobs, is shocking and must not be allowed to be normalised.

“Convenience stores have been on the frontline serving their communities throughout the last year, but despite this they have been the constant target of criminals, often repeat offenders, who aren’t being dealt with properly by the justice system.

“This results in fewer retailers being willing to report crimes and less trust in the ability of the police to respond to incidents when they occur.”

Lowman added: “We need action now to ensure that everyone, from neighbourhood police and the courts to police and crime commissioners and central government, takes crimes committed against retailers and their colleagues seriously.”