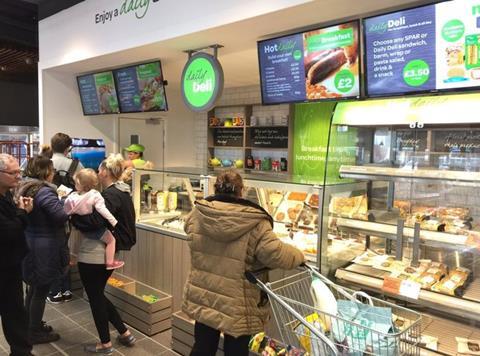 Costcutter retailer Baz Jethwa has switched to Spar for his third store.

Jethwa, who owns two Costcutter stores in Bolton, has opted for the Spar fascia for his latest store in New Lane, Breightmet.

The 3,000 sq ft store, known as ‘Rocket stores’ as it was built in the site of a former pub of that name, features a wide range of fresh produce and food to go options.

Jethwa’s other two stores, in Plodder Lane and Campbell Street, will switch to the Spar fascia later this year.