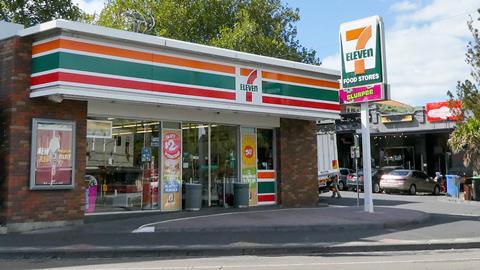 Can 7-Eleven conquer the UK market second time out?

The convenience giant is signalling a return to the UK after a 20-year absence. Can it offer a point of difference – and why now?

Last week, global convenience giant 7-Eleven admitted to The Grocer that it was interested in a return to the UK, more than 20 years after its last venture on these shores fizzled out.

7-Eleven did not reveal any further details, with a spokesman explaining only that it “conducts periodic reviews of its operations globally to identify and analyse potential expansion and extension opportunities. This is part of a complex and comprehensive analysis of conditions in several areas throughout the world.”

Of course, it has made overtures regarding the UK before. As recently as 2014, the then-VP and head of international Chris Tanco told the ACS Summit that 7-Eleven was planning a comeback, but nothing came of it. What makes the latest plan more credible is that on 31 January it registered two logos with the Intellectual Property Office, details of which were published on the trademark website earlier this month.

So assuming a UK venture is imminent, how might 7-Eleven go about it? What might the offer look like and what kind of impact could it have, given the UK convenience market is already one of the most mature and competitive in the world?

7-Eleven is headquartered in Dallas but is Japanese-owned by Seven & I Holdings. It operates more than 60,000 stores in 19 countries worldwide. While it may have pretty deep pockets, the consensus among industry experts is that it is unlikely to make a dramatic entry on the back of a multimillion-pound acquisition. One leading industry source familiar with 7-Eleven suggests it is most likely to go down the master franchisee route.

“If you look at some of the markets where it has had the most success such as Thailand, Japan and Hong Kong, it has partnered with a local operator that had a really good understanding of the market and has thus been able to adapt its model accordingly.”

“The market is a lot tougher now, with key players like the Co-op”

This is certainly what appears to be the case in its most recent venture. Just last month it was reported that 7-Eleven had agreed a master franchise agreement with retail mogul Kishore Biyani’s Future Retail group to license the brand in India.

The Indian market appears tailor-made for 7-Eleven. Typical convenience stores are still not widespread and the market is gearing up to cater for its young and aspirational population, so there is huge untapped potential.

“The market is a lot tougher now, with key players like the Co-op having strong sites alongside a reputation for freshness and quality,” she says.

“7-Eleven is going to have to overcome some historical baggage: that it is at best a CTN offering and at worst a bit scuzzy. That said, the chain has an excellent reputation elsewhere around the globe. If it can replicate this in the UK there is an opportunity to take share.”

The recent past does suggest that establishing a new convenience store operation in the UK is far from easy. Even Morrisons failed to gain traction for its M Local business and its private equity-backed successor My Local fared even worse.

Despite this, one leading wholesale CEO reckons there is “always scope for more competition”.

Historically, 7-Eleven is most famous for its Slurpees and Big Gulp super-sized sugary drinks, which seem anathema to the current trends in UK convenience where a previous reliance on fags, mags and booze is being swapped for fresh, healthy food to go.

Most recently, 7-Eleven has started to embrace more health-focused options in the US and its other markets around the globe, explains the industry expert. “It has started to focus more on fresh food and food to go, but it is not particularly different from what’s already happening in the UK,” he points out.

“The one play they could make is in vending, which none of the existing players really own as yet”

“Another recent focus for 7-Eleven has been to embrace technology, particularly around app-based payments, but again this is similar to what many UK convenience operators are already embracing.”

Finding something to make it stand out in the UK will be important, agrees Bird.

“If it has a key point of difference then yes, but I’m unsure what it is. UK convenience is now built around fresh, food to go and quality of offer. The one play they could make is in vending, which none of the existing players really own as yet.”

The retailer first opened UK stores in 1985, based primarily in London and the south east, but ceased trading in 1997. The likelihood is that London would once again be a target, though the boss of one national wholesaler says he would be keen to work with 7-Eleven.

Another route to market could be via the fast-changing UK forecourt sector, where major players such as EG Group, formerly Euro Garages, Motor Fuel Group and Rontec are all driving consolidation and are used to working with a number of ­different retail brands.

Bird is not expecting a national rollout anytime soon. “Specific London sites which play to expats who know and recognise the brand would work well: south Kensington for the Aussie and Kiwi crowd and Holland Park or Maida Vale for the US crowd. Forecourts with their bias towards quality food to go and vending could present a key opportunity.”

While the recent developments in India do suggest 7-Eleven is back on the move, it has also suffered setbacks. In 2017 it closed down its operations in Indonesia after just eight years. At the time analysts suggested it was hit by strong competition, a ban on the sale of alcohol and an economic downturn.

While a UK booze ban is not something it would have to worry about, strong competition is guaranteed and the economy is still shrouded in Brexit uncertainty. If now is the time for a comeback, 7-Eleven will have a serious battle on its hands.