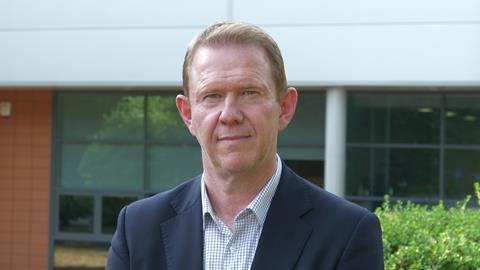 Convenience has played a more important role than ever in feeding communities during the pandemic, as shoppers seek alternatives to the supermarket.

It’s brought a welcome sales boost for the sector, but also unprecedented challenges, from the struggle to feed the vulnerable to a spike in shopworker abuse.

With 178 convenience stores, 24 larger-format Food Markets and 23 supermarkets, Co-op Midcounties has been on the frontline of the battle to serve communities across swathes of the country. CEO Phil Ponsonby spoke to The Grocer about the toughest tests of the crisis, the biggest issues now, and the changes that are here to stay.

What has been the biggest challenge of the pandemic?

Social distancing has been a huge challenge obviously from day one. Our focus from the very start was protection of our colleagues and our customers. I know everyone says that, but I can’t stress how much we put that at the top of our agenda. We told our store managers, if you cannot at any time deliver your proposition safely, close the shop. We put the power in the hands of our store managers to do that.

They’ve been really sensible. I think it’s a combination of common sense, having good policies, and empowering the people on the ground to make careful decisions.

But it is hard in a small store, to say to someone you’ve got to stay two metres apart. It means they can’t pass each other in an aisle. And we’ve got both ends of the spectrum – we’ve got 1,000 sq ft convenience stores and we’ve got 20,000 sq ft Food Markets. Common sense I think has prevailed and we’ve been delighted with the way our teams have worked with it.

So, are you moving to one metre?

The guideline is still two metres, and if you can’t do two metres, then one metre-plus. I think it reflects the reality, particularly in convenience stores.

But our floor stickers are all based on the two-metre rule and we’ve retained that, so we’re still saying to customers use the two-metre rule where you can. We’ll keep it under review but that’s the view we’ve taken at the moment.

What has Midcounties learnt from the crisis?

We’ve made around 60,000 home deliveries from our stores, using mainly 700 community volunteers. One of the things we’ve learned is that we’ve got to be flexible and dynamic in the future, so where we’ve got members who are elderly and less mobile, we are able to serve them.

Before the lockdown started, we were hearing reports that the government were thinking of telling the older generation to stay indoors, so we started to talk to them as they came in the stores and make a list. Most are our members, so we know who they are, where they live, how old they are. So, we were also able to contact them via email or in writing and say, we’ve got a central call centre, get in contact and we’ll get deliveries to you.

I think that’s been really important for them but also a really good learning for us. We don’t think it’s generally a good idea for the older generation to stay cocooned in their homes and not come out. We’d rather they visited our stores every day and talk to our colleagues because in some cases that’s the only contact they get. But equally, if there’s a lockdown, we should be there for them and that’s the thinking that we’ve really developed through this.

Average transaction spend has been up by two thirds across both convenience stores and Food Markets, but transaction numbers down by around 13% in convenience and 25% in Food Markets. Overall, the food business is seeing between 10% and 20% like-for-like growth, but we’ve invested significantly in making sure the shops are safe and increasing pay for colleagues by 10% from 3 March until the end of May. I think we’ve spent the money – that’s the reality.

Has there been a spike in abuse of staff?

We’ve seen localised spikes and it’s something we’re very conscious of. We’ve been flexible in how we deal with that. If it rains, for example, we know our convenience stores will be busier because people don’t want to queue outside supermarkets in the wet, so we will give the stores more support and more security.

On ‘Super Saturday’, for example, we supported stores with quite a bit of security cover because we were concerned there could be flashpoints with people leaving pubs.

The majority of our stores don’t have security guards. They’re neighbourhood stores, they operate with a close relationship between the store colleagues and their customers, but we have roaming security people, so it’s a targeted approach.

Has there been a change in levels of theft?

We’ve certainly seen a small increase, which we expected in some ways. We had concerns about people getting into difficulties accessing food, leading to a sort of desperation-type theft.

When people were stockpiling, food banks were becoming less of a priority for donations and so at a time when the demand was likely to increase, donations were decreasing. We work with 70 food banks locally and we launched a campaign very early on to raise funds through our customers for those foodbanks.

The fund itself has raised between £40,000 and £50,000 in terms of pure donations but all our stores have also been providing food. Now we’ve produced a campaign in stores to say to customers, if you stockpiled and you’ve got stuff stuck in your larders or cupboards, why not donate it to food banks now, and we can help you do that.

We felt a concern that through this pandemic that there would be more people in need, who had run out cash and can’t get access to a food bank, and it would be a real shame if their only option was shoplifting. So, we felt the right thing to do was really focus on the food banks and make sure they had access to that food.

I’m not for one minute suggesting that people who use food banks are necessarily the people that would steal from a store, but if someone is stealing because they have no alternative then let’s make sure they have an alternative.

We try to take a more socially inclusive view of it, not just look at how can we prevent theft with security guards or whatever. It’s, how can we fix the problem?

In some ways it’s easier to deal with on a universal basis because you’re making clear decisions about your entire food business. But in a localised lockdown you have different challenges because you could have colleagues that live outside of the lockdown area and travel into it, or that live inside and travel out.

So, the teams are putting a lot of time into thinking about how they deal with that, how you manage a workforce in those situations.

I think people have used local businesses more, maybe farm shops, butchers, delis. I think people will perhaps have recognised some of the quality and that will continue to some extent.

One thing we’ve seen is a significant increase in locally sourced product sales. At one point we were running about 80% up year on year.

Some of that was about availability but some of it is also about people embracing it more. A good example is Aldens butchers in Oxford. These are butchers that supply the House of Commons and Oxford University and the business dried up overnight, but we were able to increase the range density, get more of their product into our stores, and customers really responded to it.

Some elements of social distancing are also here for the foreseeable future. We’ve got a brand-new 10,000 sq ft Food Market in Oxford. Because it’s new, the design of the store incorporates social distancing perhaps in a way that you wouldn’t have done before. In terms of store design, you’ve got to now think about wider spaces at checkouts and incorporating social distancing into the layout.

Whether screens will stay forever, I don’t know, but I think there will be changes to store design and layout.