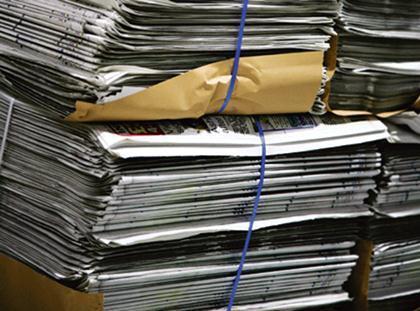 Newspaper group Trinity Mirror is slashing its retail margin by 0.4%

The NFRN is calling on the Competition & Markets Authority to investigate fairness in the news supply chain after Trinity Mirror announced a cut to retailer newspaper margins.

Trinity Mirror plans to increase the weekday cover price of the Daily Mirror from 65p to 70p but cut the margin retailers receive for handling the newspaper by 0.9%.

The price of the Saturday edition of the Mirror will rise by 10p to £1.10 but the retail margin will reduce by 0.4%.

“By acting in this way, Trinity Mirror is displaying nothing but total contempt for retailers whom it obviously views as little more than cash cows that exist to be repeatedly milked,” said NFRN chief executive Paul Baxter.

“In calling for a new market investigation, we will be leaving the CMA in no doubt that unfair practices continue to exist in the newspaper industry and that retailers have no option but to purchase goods from a fixed supplier in a fixed price market, where only certain sectors have any protection.”

In response, Trinity Mirror group newspaper sales director Neil Jagger told The Grocer: “As our editor Lloyd Embley said in a letter that went out to newsagents this week, nobody here at the Daily Mirror actually wants to increase the cover price, but if we are to produce newspapers that matter then we have to invest in content.

“In terms of the margin adjustment we would add that the Mirror titles pass on the highest profit per copy sold compared with any other UK tabloid. Our team have an excellent track record dealing with all sectors of the newstrade and we want that to continue, especially with the NFRN.”