One in seven postmasters could lose out under new pay structure, says NFSP 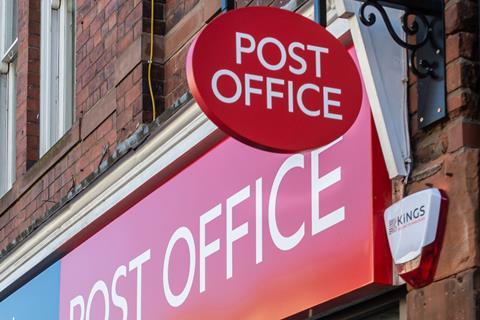 One in seven postmasters could be worse off under a new pay structure due to come into effect next year, according to the National Federation of Subpostmasters.

The new Mails Distribution Agreement is set to come into force on 1 April 2022. It means postmasters will be paid a percentage of the value of products and services sold via the Post Office counter. Currently they receive a fixed fee for each packet, parcel or large letter sent or stamp sold.

Under the existing arrangement, earnings for large letters and parcels are “very close” according to NFSP CEO Calum Greenhow, while under the new arrangement postmasters sending more parcels will earn more.

However, about 14% of postmasters sending a higher proportion of letters will lose out, Greenhow said.

“Naturally those who are losing out are understandably very concerned,” said Greenhow.

“We’re working with the Post Office to protect those who could potentially lose out so that they’re able to protect their business.”

He said the new system would “make it fairer and make sure for parcels, people are getting paid appropriately.

“On that basis, they’ve got not only the ability to grow their business by selling more, but as the value increases, they’ll also get a greater percentage.

“It’s enabling things to move in line with inflation, whereas the old way didn’t.”

It comes after CJ Lang recently announced it was scrapping Post Office Counters in 31 company-owned stores.

NFRN president Stuart Reddish said: “I can understand retailers who run local stores [and post office counters] questioning the viability of doing so because these offer very limited services so are less profitable. Renumeration for post offices is being looked at and there will be winners and losers in the new structure.”

The new payment structure was proposed by the Post Office last year and was originally scheduled to come into force on 1 January 2022, but was pushed back to April to ensure it was “right and fair” for postmasters, said Greenhow.

Post Office mails product portfolio director Mark Siviter said: “We have consulted with almost 8,000 postmasters on a one-to-one basis about what the new agreement with Royal Mail could mean for them.

“The vast majority will benefit, and overall postmasters will receive an estimated additional £10m worth of remuneration compared with the financial year 2020/21, consistent with market performance. With mails products and services alongside banking services making up the bulk of postmasters’ remuneration, we know just how important this is for postmasters.

“Over the summer we are working through consultation feedback and are providing further support to branches that could potentially see a bigger impact as result of our proposed changes, in advance of new rates coming into effect in April 2022.”