Scotland’s new HFSS rules will cause ‘even more confusion’ for retailers, says ACS 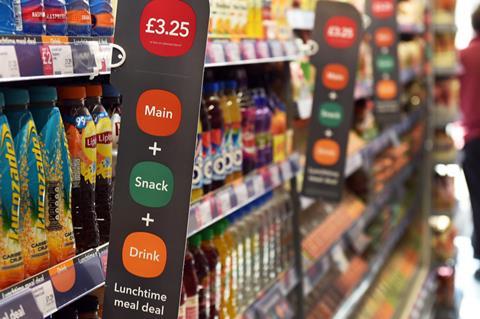 The ACS has warned differences in the new HFSS proposals by Scottish government versus the England regulations may cause “even more confusion” for retailers.

In a new consultation published by Scottish government today, its proposed HFSS regulations mean there will be further promotional restrictions on meal deals and temporary price reductions, such as 10% off for a limited period.

It is also proposing that island and bin displays should be another place in stores where HFSS products are limited, as well as at front of store, tills, and end of aisles.

The trade body also voiced similar concerns over the Welsh government’s additional restrictions on HFSS products to those set to be introduced in England, including adding “free-standing display units” as places they should not be displayed.

“We remain very concerned about the prospect of slightly different and even more confusing rules on restricting HFSS products and promotional activity in Scotland and Wales compared to England, and will be responding to the consultations in due course to outline the problems that differing HFSS rules will have on our members,” said ACS CEO James Lowman.

“We also note the Scottish government does not currently support introducing restrictions on temporary price promotions. This is a sensible approach. Promotions within categories allow retailers and brands to compete to attract customers, improving competition and keeping prices down.

”With inflation running at a 14-year-high it would be regressive and irresponsible to put up costs in this manner with no evidence at this time that it would significantly improve public health. We hope Scottish ministers will keep consumers in mind as this process continues over the coming months.”

Scotland’s consultation also doesn’t set out a preferred approach to exemptions from the regulations, as opposed to regulations in England that have set out exemption criteria for businesses with fewer than 50 employees, and stores under 2,000 sq ft.

It instead asks whether the exemption should be based on the number of employees in a business, or the relevant square footage of the store.