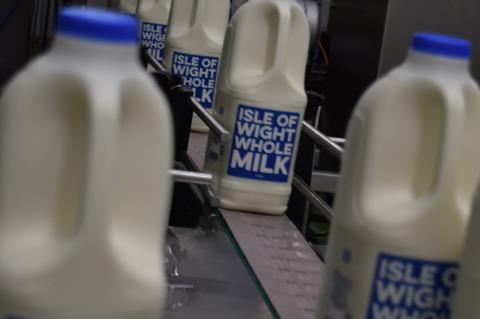 Isle of Wight customers can now use Snappy Shopper in Cowes, Rookley and Carisbrooke as well as Freshwater

Southern Co-op has extended its Snappy Shopper delivery service to Cowes, Rookley and Carisbrooke on the Isle of Wight.

It initially launched to residents in the Freshwater area six weeks ago.

The move is set to create eight new jobs.

The society currently operates nine stores on the island and is hoping to roll out the delivery service to the rest of the Isle of Wight on 13 September.

This will involve its stores in Shanklin, Ryde, Bembridge and Sandown.

It found locally sourced milk and free-range eggs have been the most ordered products.

Other local products from Minghella ice cream, Briddlesford Farm Dairy, The Garlic Farm and The Tomato Stall are also available via the app.

“So far the trial of our home delivery service has gone well after initially starting in Chichester and Portsmouth,” said Southern Co-op retail buying and services manager Matt Elliott.

“We know our convenience store colleagues offer their communities a great personal service so we’re aiming to replicate this with quick deliveries and a phonecall to talk through any changes to their order. So far this has gone down well as we’ve seen a number of repeat customers.”

Snappy Shopper head of group development Andy Batt said: “We are thrilled to extend our service on the island and give shoppers on-demand access to thousands of products in their local Southern Co-op store.

”Post-lockdown the demand for home delivery is greater than ever and via our app islanders can receive home deliveries seven days a week.”