Why convenience retail is evolving from c-store to Bodega

Grocery is the hub of disruption in retail. With UK grocery sales growing at their fastest rate in more than three years, there’s a lot at stake; paired with constant, intense competition, grocers have to be at the edge of innovation not only to thrive, but to survive. 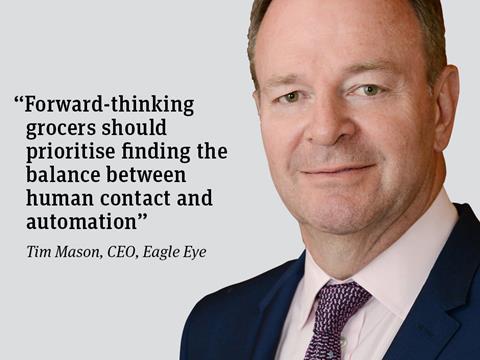 Amazon’s acquisition of Whole Foods Market has had a major impact on the industry and left many grocers wary of the future. There are plenty of unanswered questions about how Amazon will integrate its other capabilities like Amazon Go, Prime, Dash, Fresh and data analytics tools into its online engine.

However, there are plenty of other disruptors in grocery. In the US, Bodega, founded by two former Google employees, has set out to disrupt the very thing it’s named after - the corner shop.

Bodega’s five foot wide vending machines can be unlocked with the customer’s smartphone, allowing them to pick up non-perishable products. These pantries will be stationed in apartment buildings, offices and gyms, and will rely on an app and AI to charge a customer’s credit card.

In other parts of the world, technology driving convenience is being embraced. In Japan, there is one vending machine per 23 people, the highest density of vending machines worldwide, and these machines sell everything from hot food to disposable cameras. In Japan you don’t “go shopping” - shopping comes to you. In a culture with traditionally long working hours, where people have very little time, this is the ultimate in convenience.

The US and Japan have vastly different cultures: the US backlash to Bodega for attempting to oust its namesake has largely been in response to the idea of losing a personal interaction, while Japan has a historic fascination with automation. The vending machine culture may never take America in quite the same way. However, Robert Woodruff, Coke’s president from 1923 until his death in 1954, promised to put Coke’s products “within arm’s reach of desire”, and today we witness the ubiquitous success of that strategy.

What is convenient for customers now often means digital. Forward-thinking grocers should prioritise the balance between human contact and automation. This does not necessarily mean unstaffed vending machines; evidence shows the real-world experience of in-store browsing is not only valued but lucrative.

A digital strategy should celebrate and augment the bricks & mortar experience. It is crucial to remaining a step ahead.

While technology like Bodega’s may be causing a stir, what is ‘disruption’ today could be ubiquitous tomorrow. Remember that in 2007 the CEO of Microsoft said: “There’s no chance the iPhone is going to get any significant market share.”