Why is the Scottish DRS such a headache for convenience retailers and wholesalers, and what can they do? 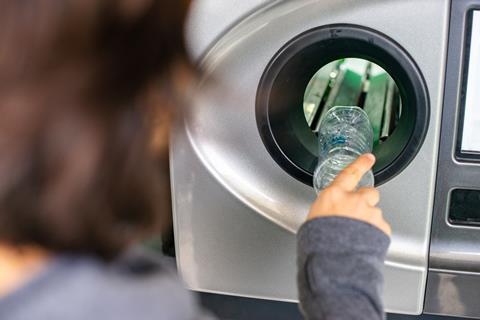 Not for the first time, Scotland is treading its own course when it comes to new policy affecting the food & drink industry.

Its deposit return scheme plans, which are due to be implemented in August 2023, have sparked outrage from wholesalers and convenience retailers, who claim they are unfair on smaller stores and could even limit consumer choice.

So, what do the plans involve and what are the big concerns?

Under the scheme, which is seen as crucial in reducing emissions and waste, consumers will pay a 20p deposit when purchasing a drink in a PET plastic container, metal can or glass bottle, which will be refunded when they return the empty container to a designated collection point.

All retailers are required to facilitate collection, unless they are subject to an exemption.

The inclusion of glass is one of the ways in which Scotland’s scheme differs to England’s DRS plans, which are yet to be finalised but already exclude this material.

Another is the requirement for drinks containers to carry a barcode, so Circularity Scotland – the organisation created to implement the scheme – can identify the producer.

It has led to anger from wholesalers, who say the differing regulations will heap expense and complexity on to their operations, and convenience retailers who fear the fees paid for collecting containers will not cover their costs.

Retailers collecting via a reverse vending machine will receive a handling fee of 3.55p for each of the first 8,000 containers returned per week, plus an additional 1.35p for each container over that amount. Convenience retailers are concerned the fee is too low and will leave them out of pocket, not least because the machines will take up precious space in stores that could be used to maximise sales.

They also fear the machines will need constant maintenance to empty and keep clean, requiring either more staff or longer hours.

The Scottish government maintains its approach of requiring retailers to provide collection points is standard across Europe and will boost footfall for smaller stores.

But the Scottish Grocers’ Federation says its concerns have fallen on deaf ears. “We as convenience retailers don’t believe that the fee will cover all of the cost of taking back the containers,” says CEO Pete Cheema.

“Circularity Scotland spent a lot of money doing research to calculate the formula. We have repeatedly asked them how they arrived at the figure, but they have refused to tell us.”

Convenience retailers argue the machines will prove more cost-effective to larger supermarkets, since they will take up a much smaller proportion of their overall store space, yet there is nothing in the regulations that accounts for the differences of scale.

“We believe there should have been a tiered system, that takes into account different kinds of stores, and that hasn’t been applied. They’ve not really listened to us,” says Cheema.

The Association of Convenience Stores is advising its members that, thanks to space constraints, manual collection is the only commercially viable option, involving a lower handling fee of 2.69p per unit.

However, the ACS is also concerned manual collection could spark abuse of shopworkers forced to reject containers not eligible for the scheme.

There are also fears that the inclusion of glass – which the Scottish government says is essential for reducing CO2 emissions – will pose a safety risk for workers handling the material.

Retailers are entitled to exemption from the scheme if they can prove there is a collection point within 400m of their store, and the ACS is advising members to take this option if they can.

Exemption can also be claimed by demonstrating that facilitating collection would breach health and safety regulations. This could be an option for smaller stores, if they can show they do not have enough space to store the containers, says the ACS. Zero Waste Scotland, which is handling applications for exemption, specifies a threshold of 270 sq ft.

As for wholesalers, a key point of contention is the requirement that containers carry a barcode. It means companies will be forced to label products bound for Scotland differently to the rest of the UK, heaping extra costs on suppliers already grappling with soaring inflation.

One source tells The Grocer it could result in less choice for consumers: “Smaller beverage manufacturers will have to reconsider whether it’s worth their while operating in Scotland.”

The Scottish government maintains that Westminster’s “decision to deliver a smaller DRS scheme on a slower timetable should not be used as an excuse to undermine ambition” north of the border.

“We have consistently said we want our scheme to be interoperable with those elsewhere in the UK as much as is possible,” adds a spokesman.

“We are in a climate emergency and it is vital that we maximise the environmental benefits of this scheme. That’s why we are including a wide range of materials, including glass.”