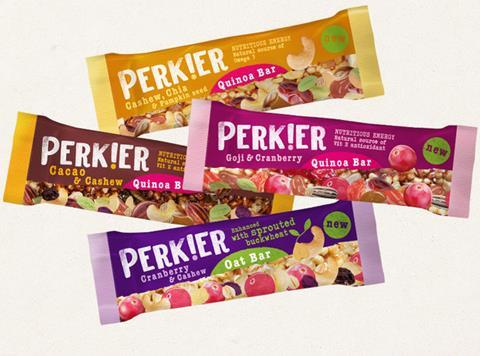 Perkier has extended distribution of the snack bar range it launched last month.

The four-strong line-up, which made its debut with Whole Foods Market at the beginning of September followed by a rollout into 300 Sainsbury’s stores, is this week being rolled into 500 Asda stores nationwide (rsp: 75p-£1.90/pack of three).

Perkier is supporting the NPD with press and social activity.