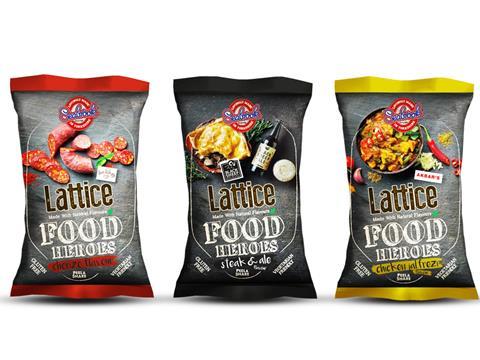 Seabrook Crisps has launched a consumer sampling campaign to support the launch of its three-strong Food Heroes Lattice sharing range.

This month, more than 6,000 peel & share packs (120g) of Chorizo and Chicken Jalfrezi flavours will be included in Degustobox, a monthly direct mail service that provides new food and drink products to subscribers across the UK.

“We want to encourage shoppers to pick up Food Heroes when they are stocking for major sharing occasions taking place over the summer, as groups gather to watch the Olympics or get together for barbecues and picnics,” said Seabrook marketing director Kevin Butterworth.

The brand’s core crinkle cut range will also be boosted in July with major sampling activity at the Great Yorkshire Show, set to take place at the end of the month.